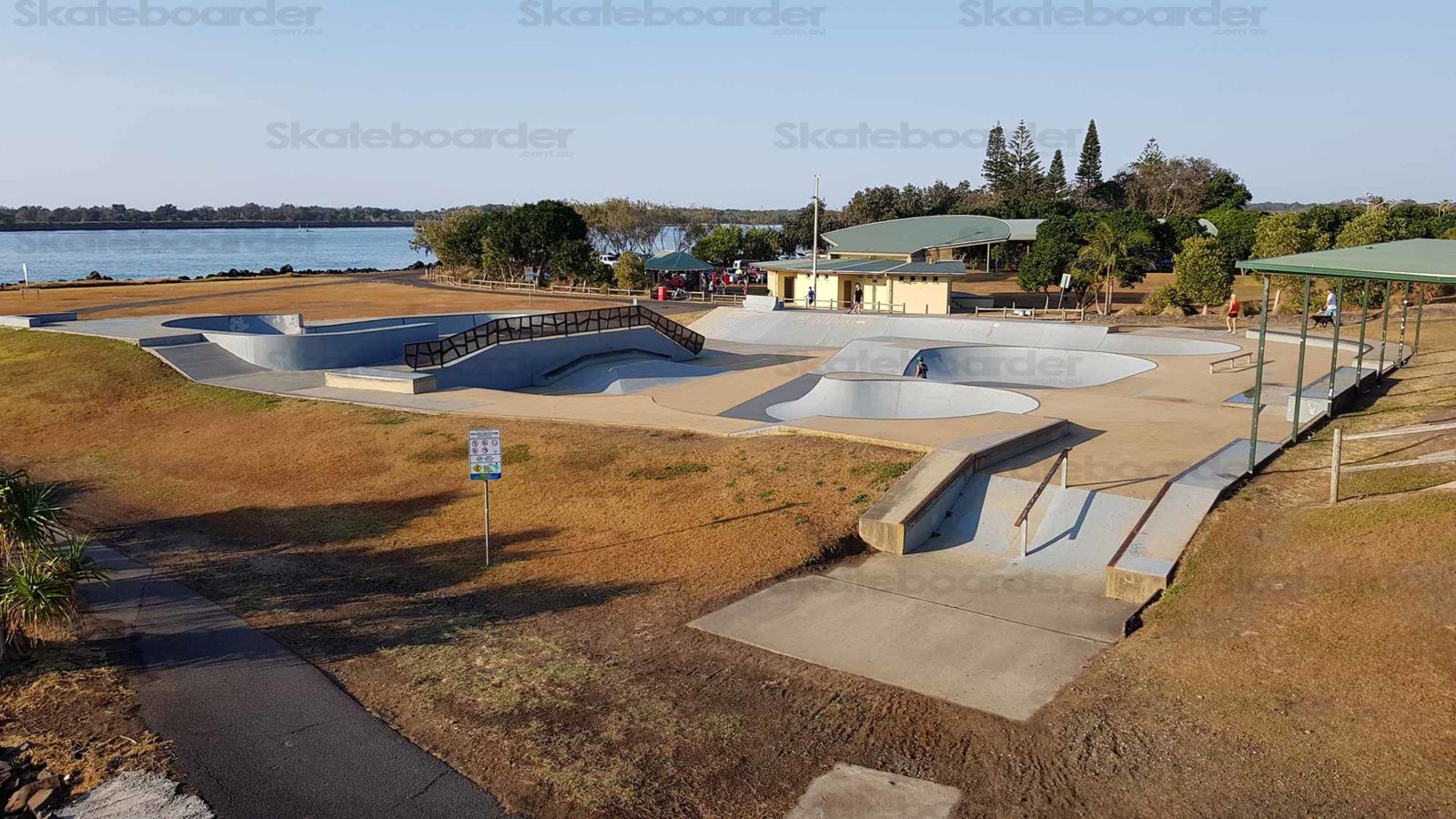 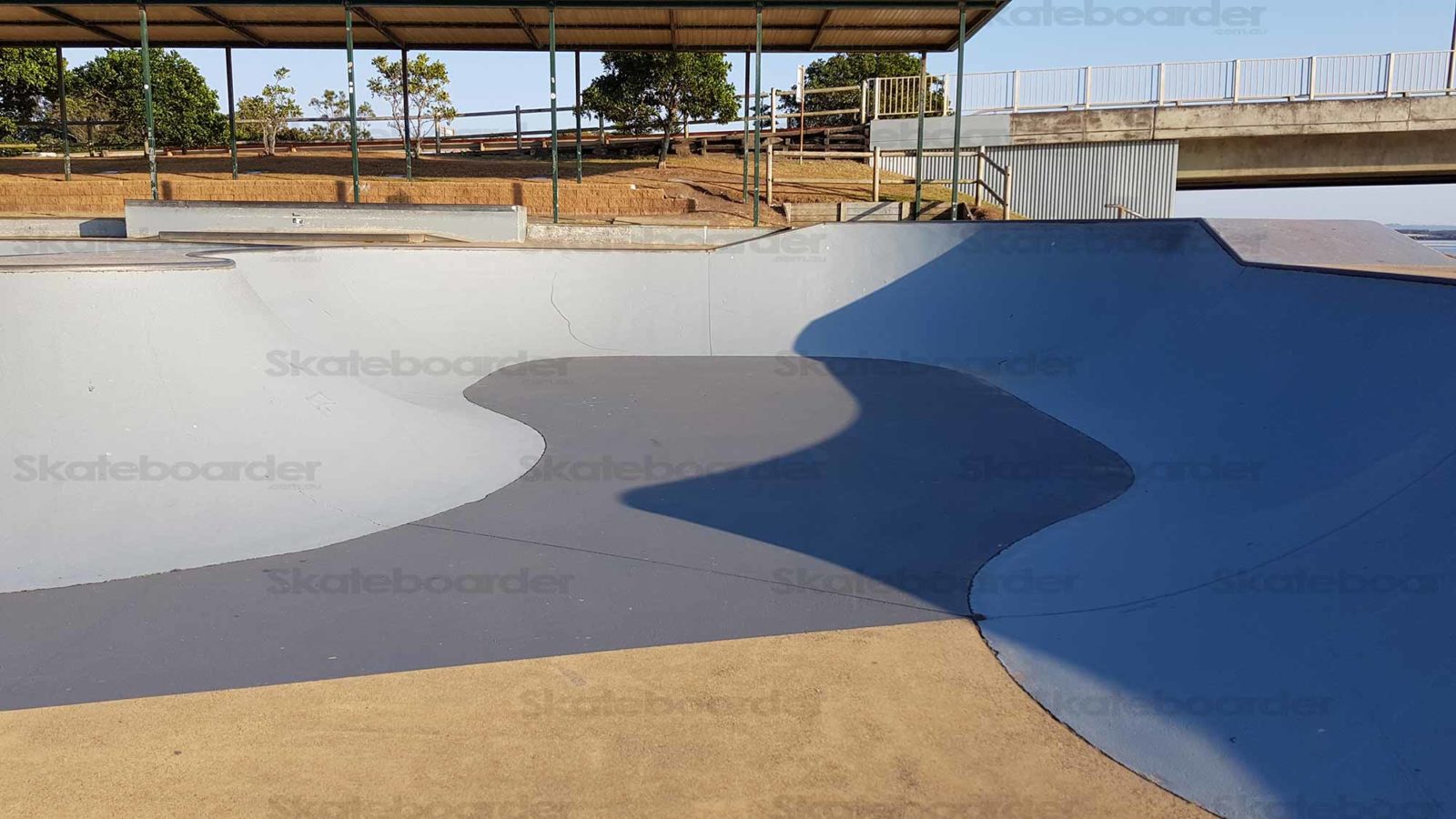 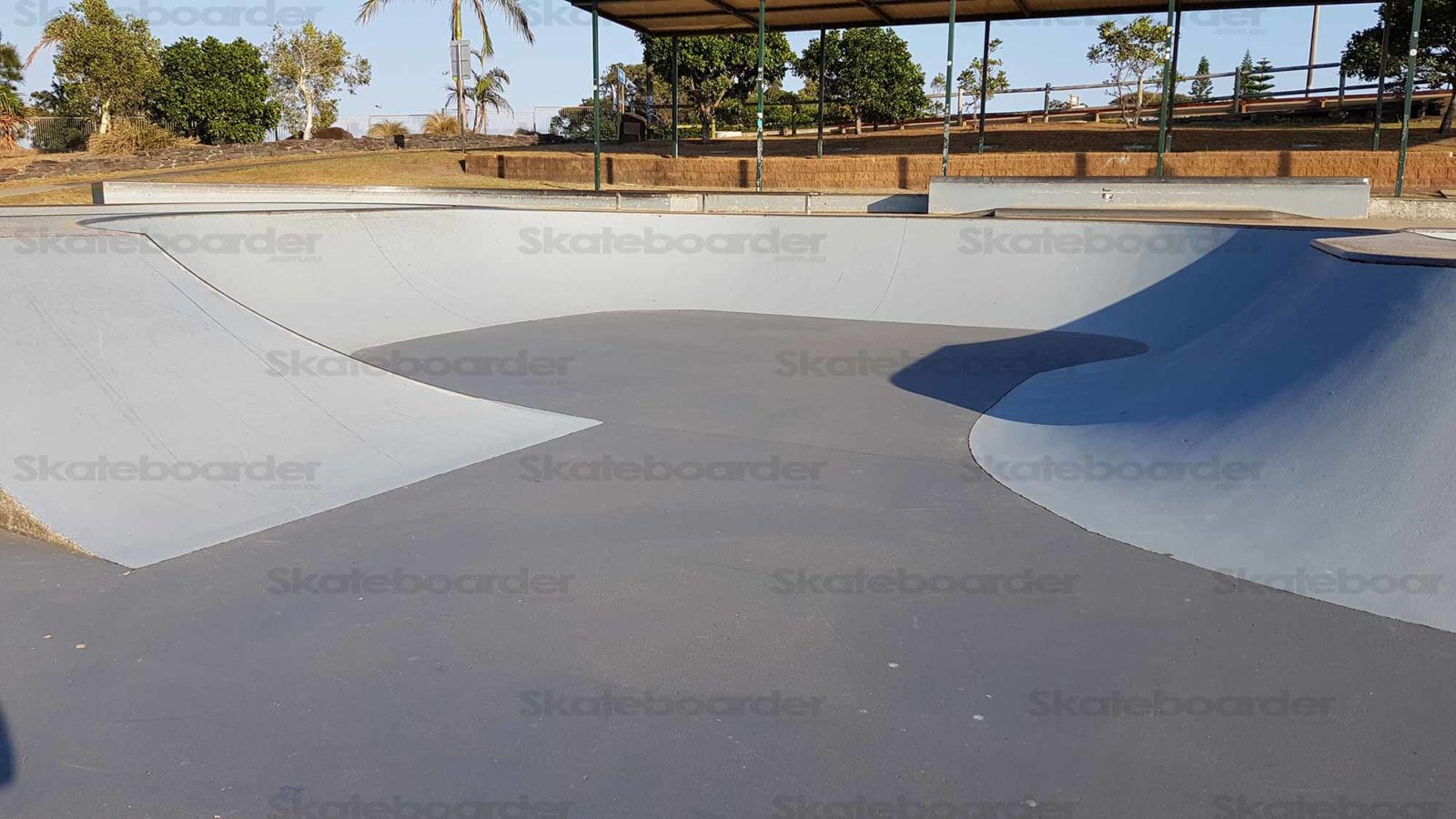 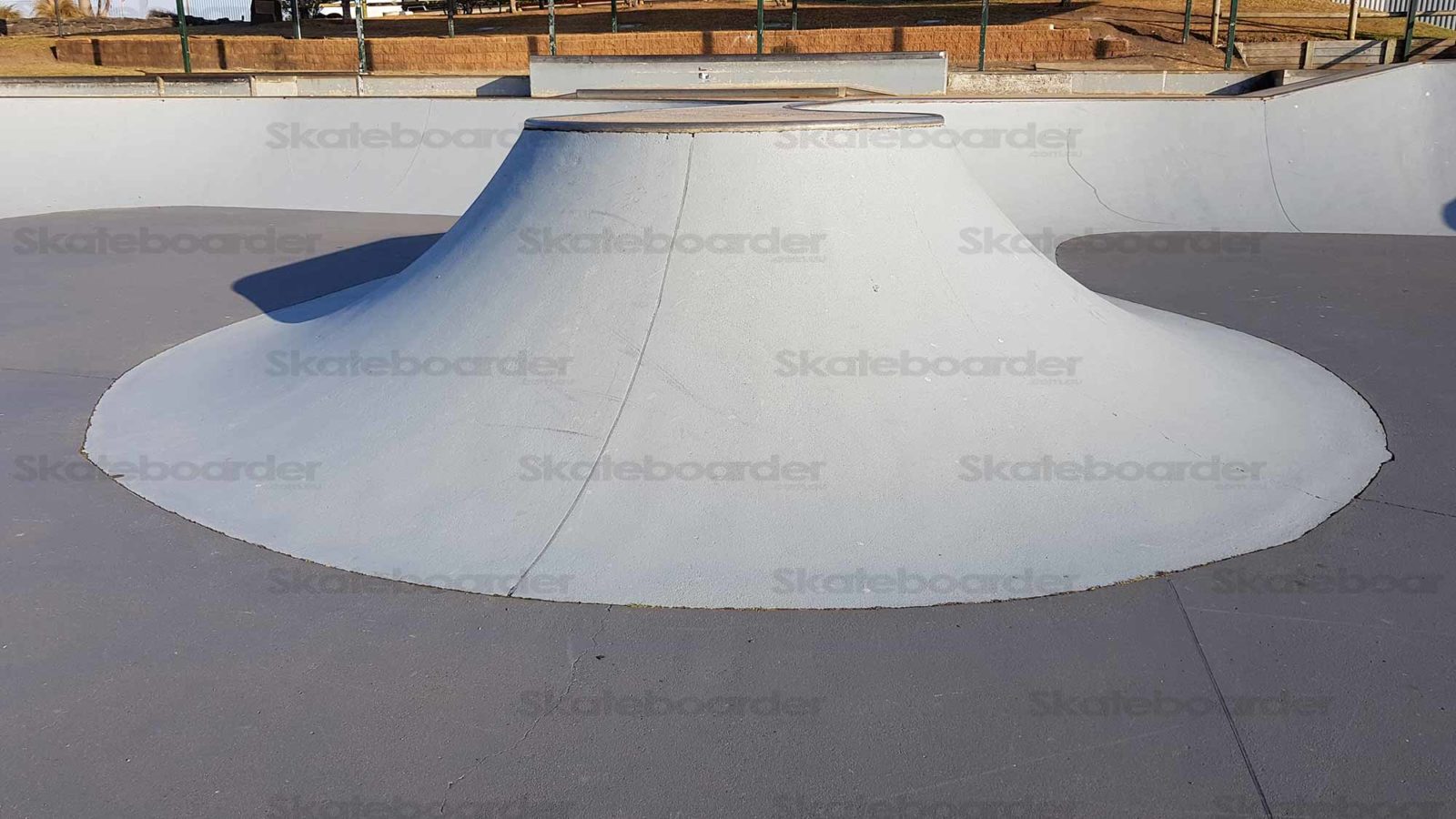 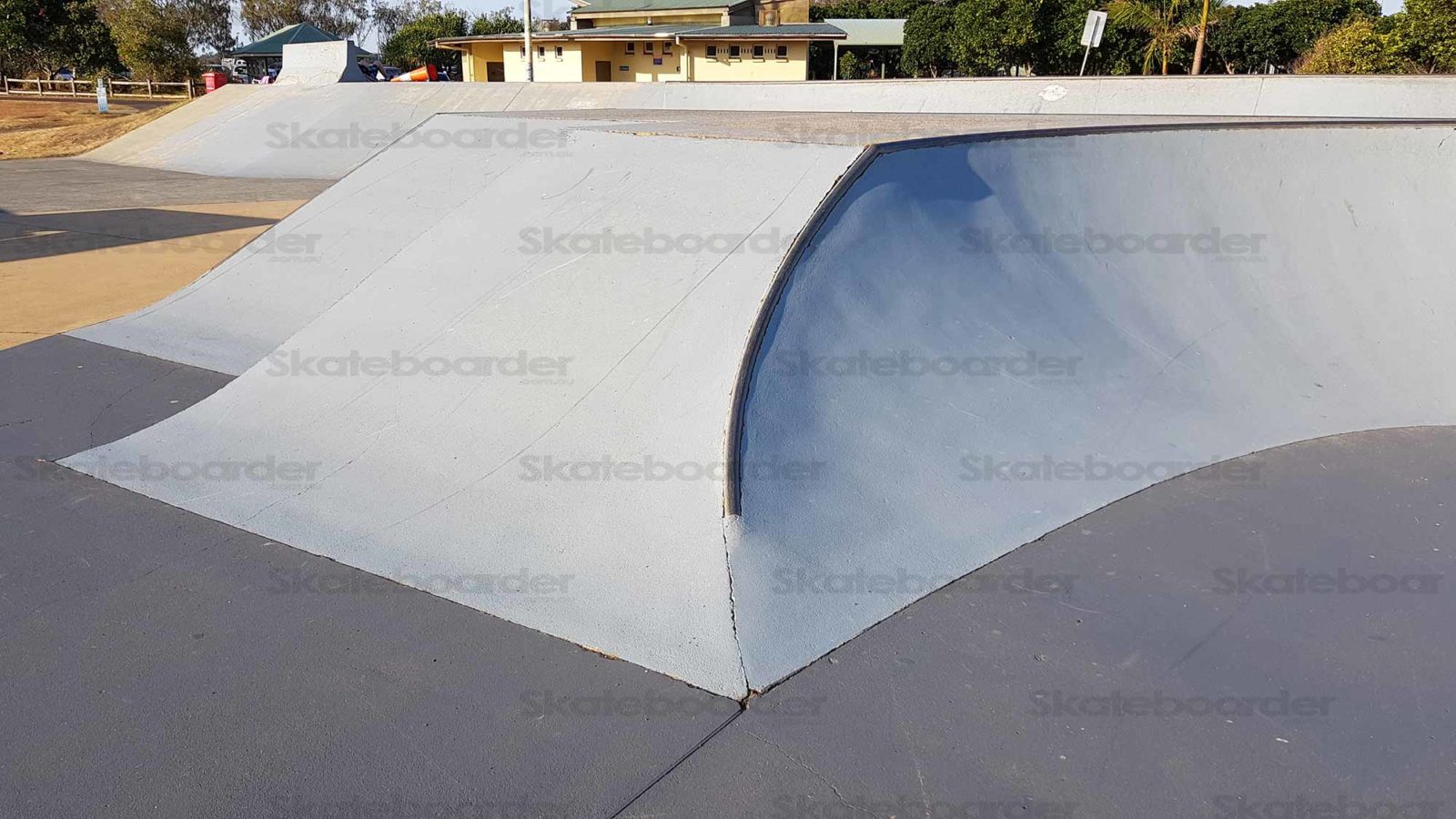 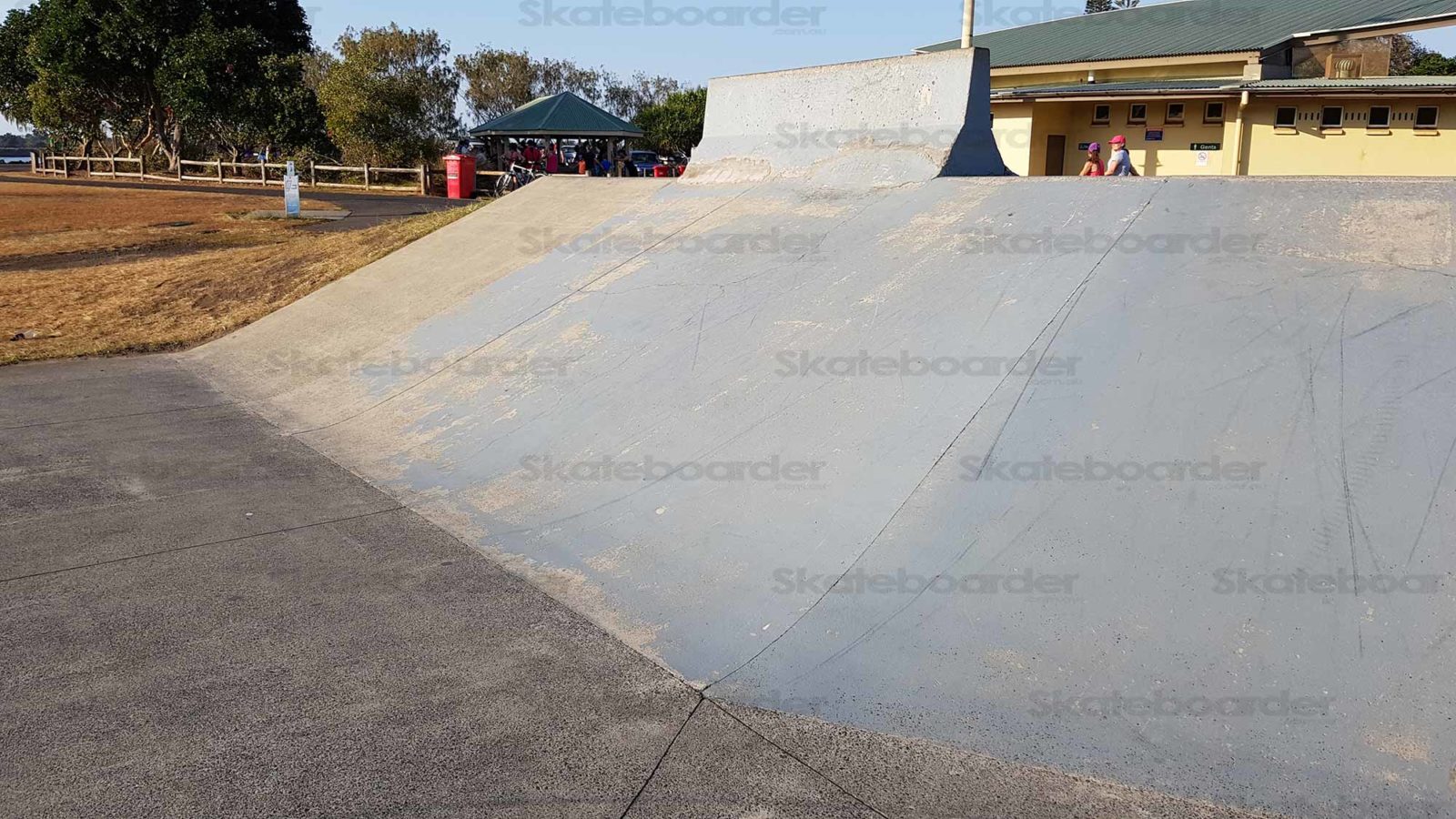 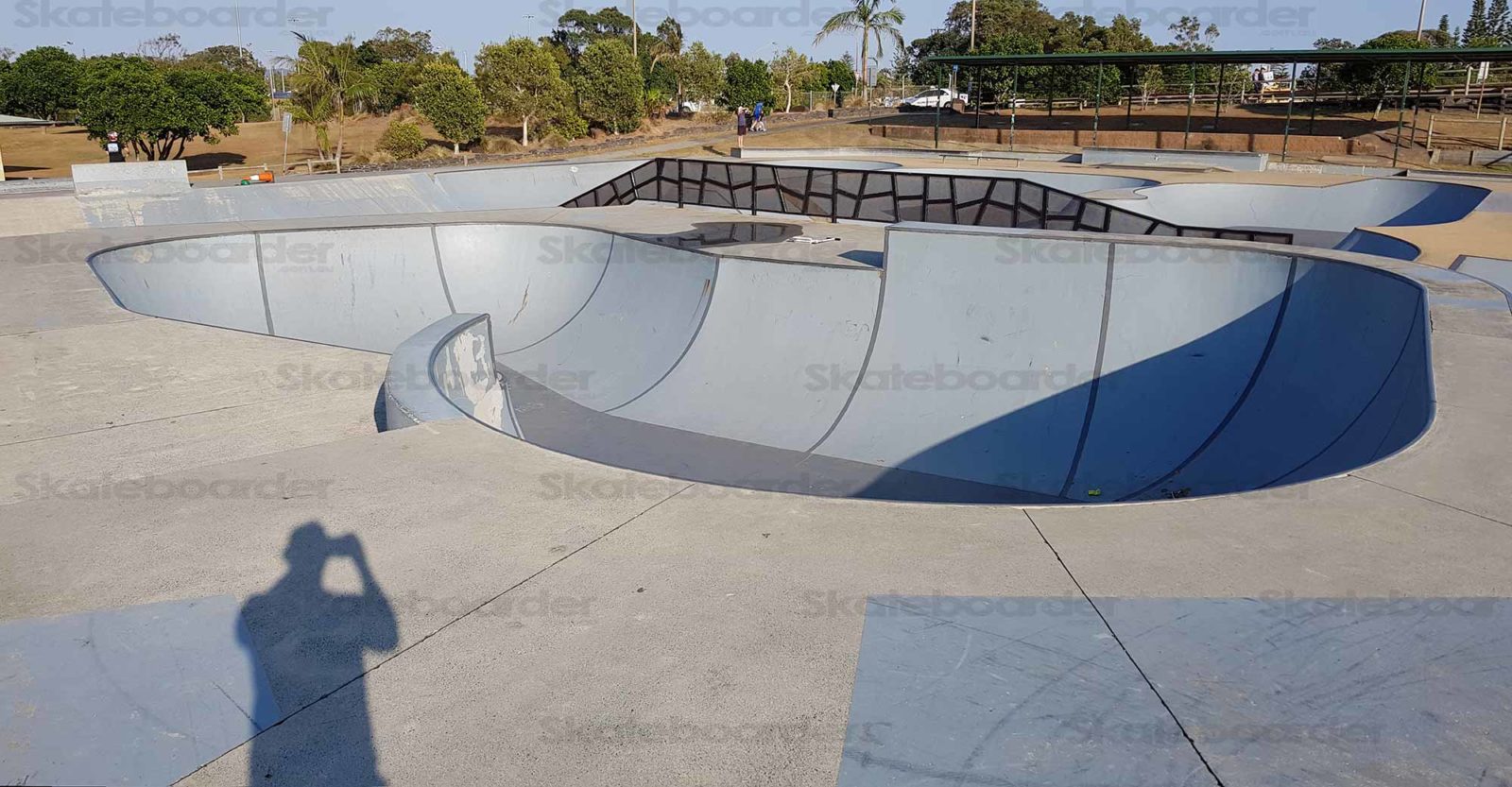 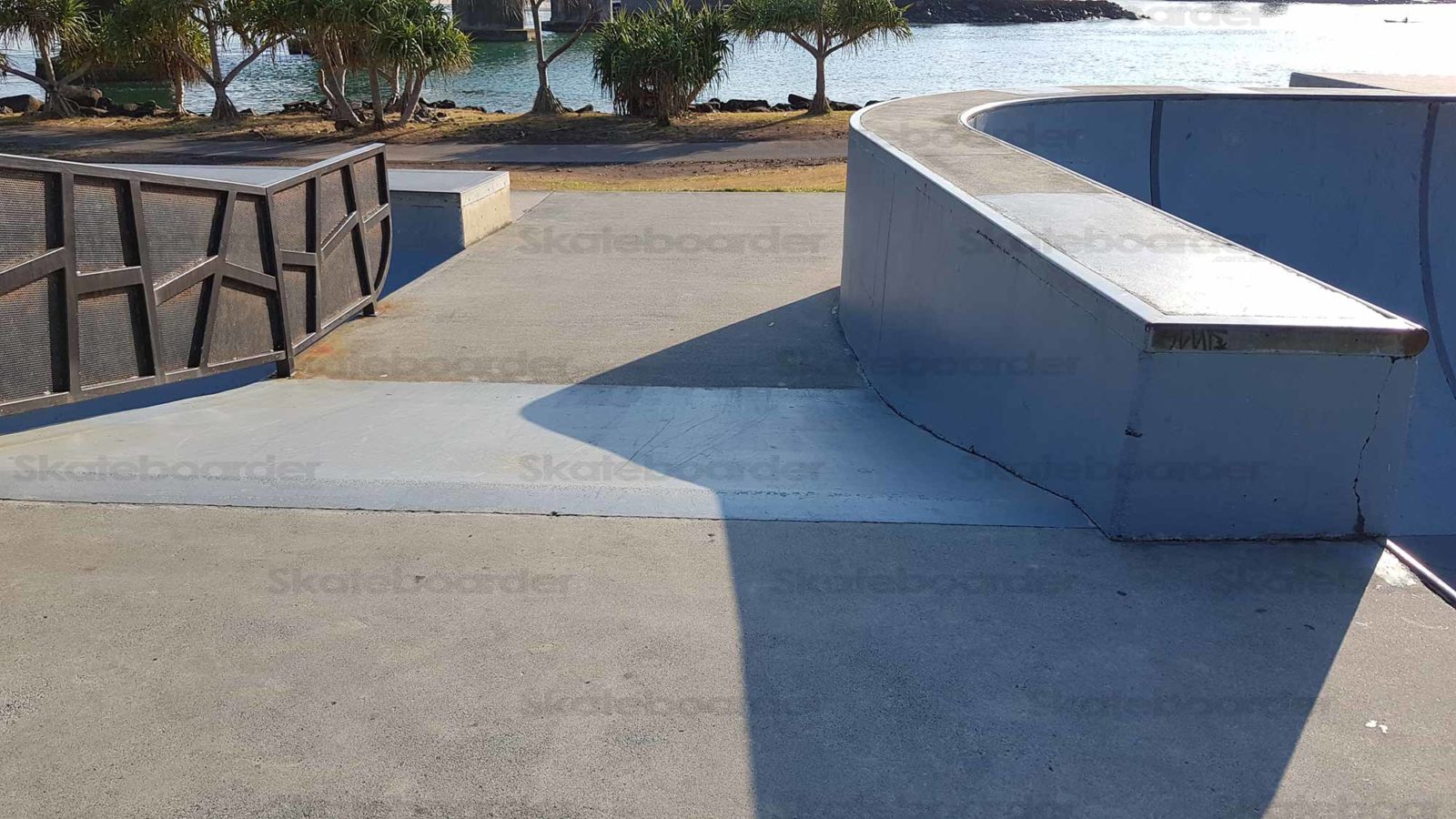 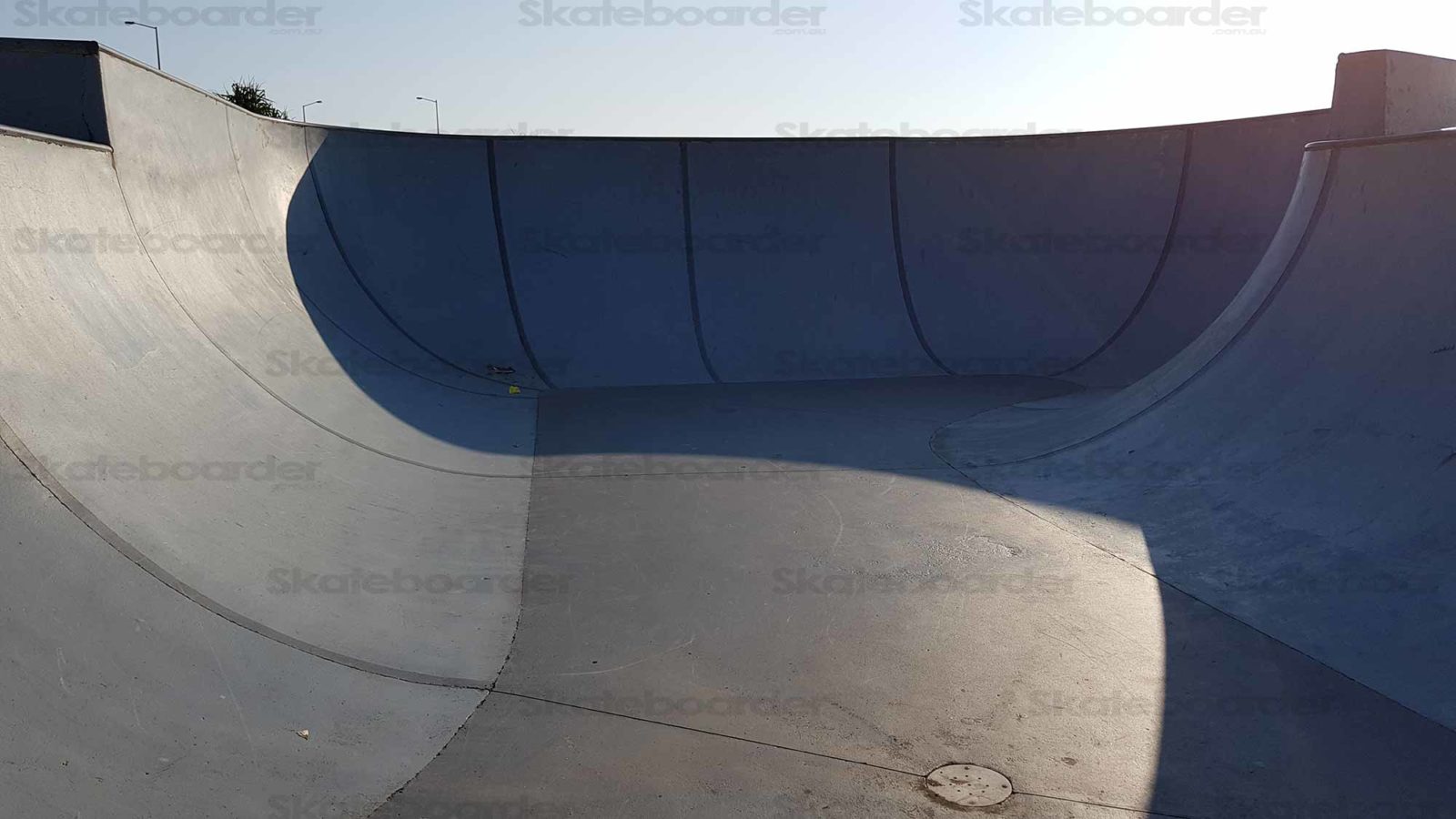 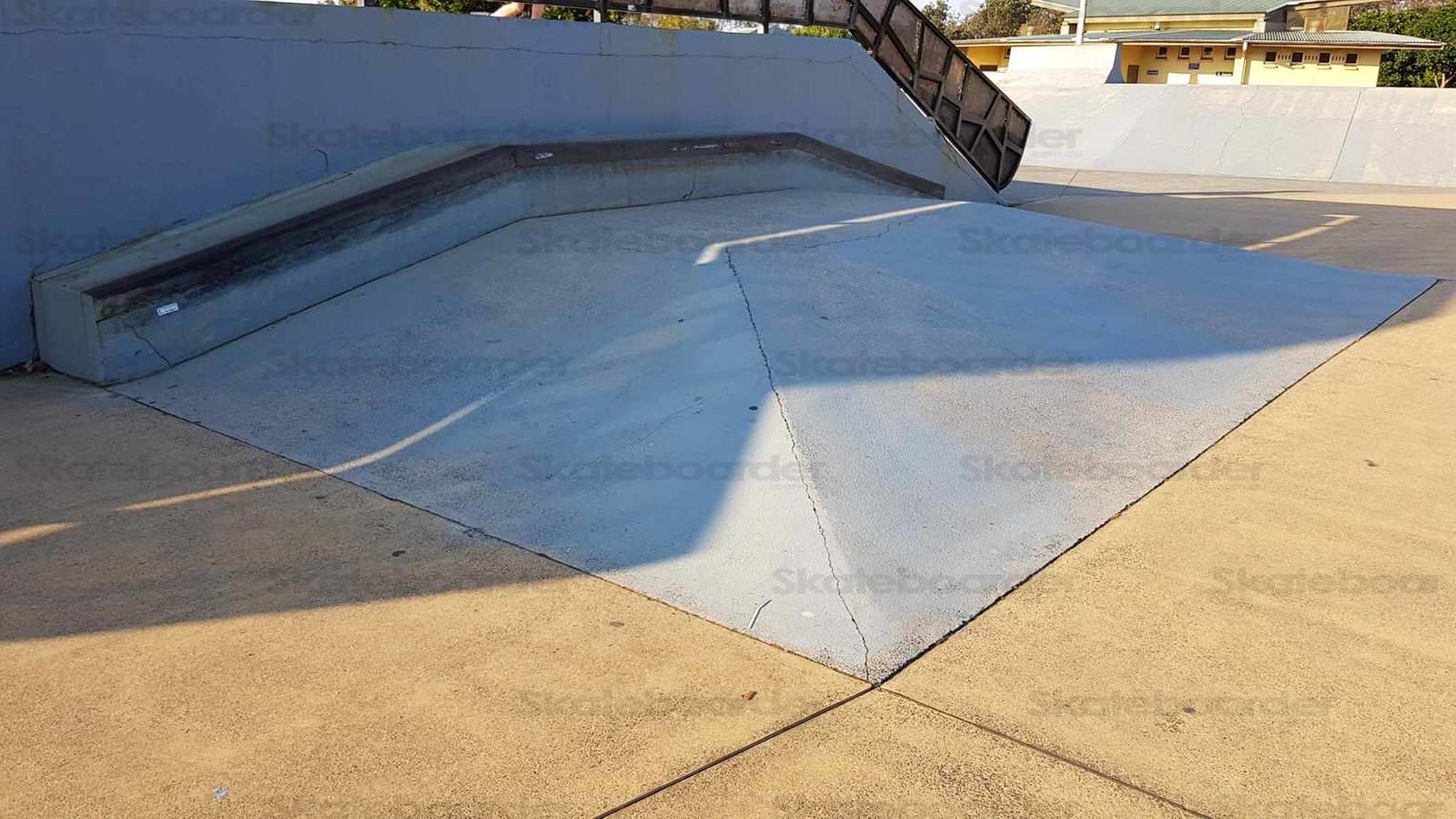 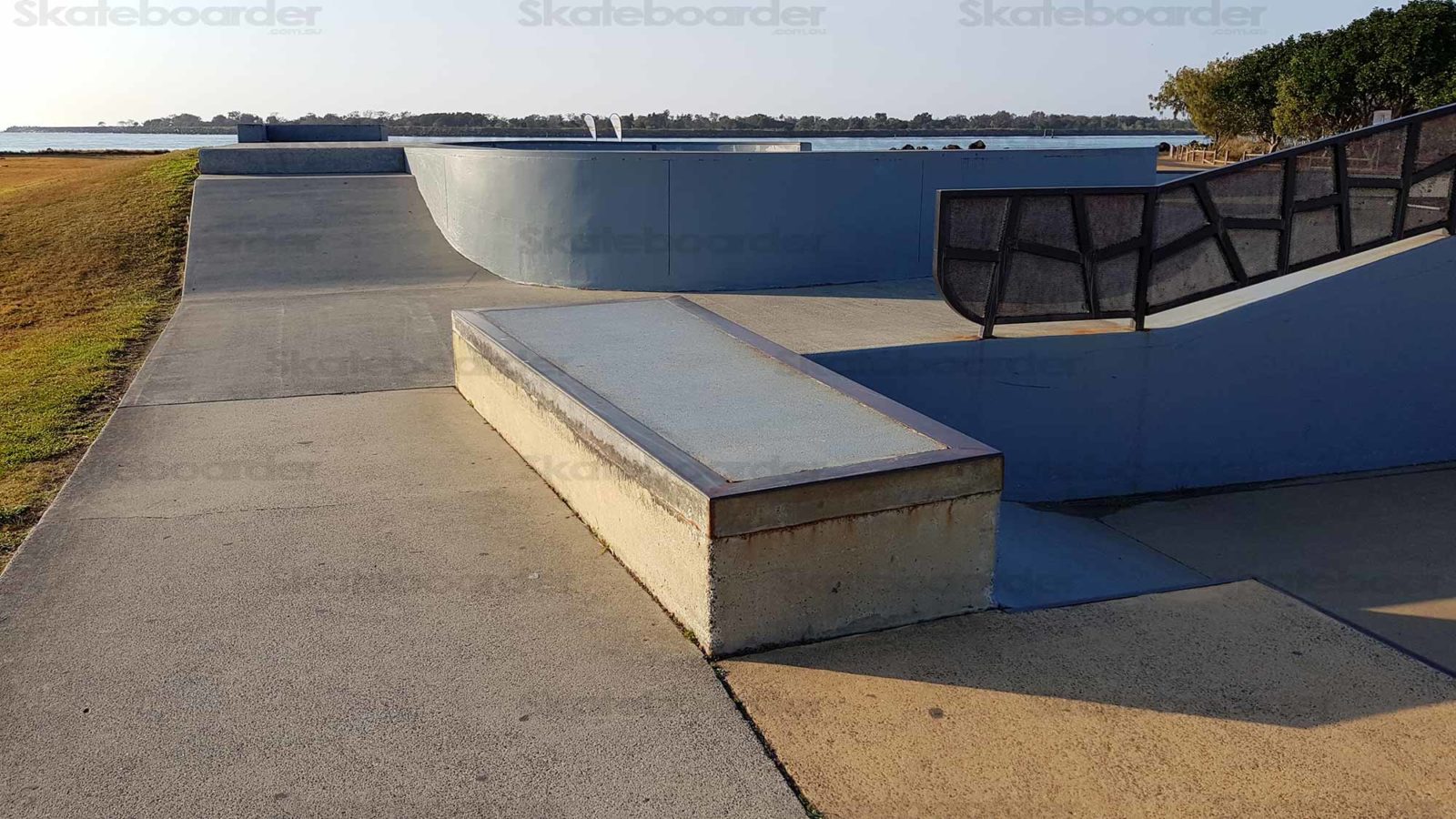 Officially this slab of transitioned and ledged concrete is known as the Missingham Park Skate Park. But to us non official skater types, its simply known as the Ballina Skatepark.

They must love their bowls in Ballina as there’s 4 on offer. 3 joined by spines and of varying heights, the other adding a touch of vert into the mix and standing alone at around 8 1/2ft in the deep.

Starting with the big bowl, the shape is that of a deformed peanut. It starts at 7ft in the shallow. In the deep a vert extension has been added taking it to around 8 1/2ft. On to the 3 bowls. A straight 3 sided bowl starts off on the park side. It starts off at 3ft and the flat transitions down making it 4ft on one side and 5ft on the other. A coping spine that extends out to a series of banks and a quarter joins this to the next bowl. The second of the 3 is a three and a bit sided cornered bowl. It has hips out both sides. A coping spine and volcano join the second and third bowls. The 3rd bowl is more rounded with a general height of 4ft as well as a 5ft extension. It also hips out both sides.

In addition to the bowls there’s also a couple of large banks, one with a concrete traffic barricade on top. There’s also ledges, both curved and straight as well as rails. Heading down the the water is a bank with hubbas either side and a down rail. There’s also a manual pad/grind box combo, half pyramid with full length ledge, and a euro gap bank.

There is a large shade shelter at one end of the park. There’s also seats and water available. In Missingham Park itself you’ll find toilets, BBQ’s, picnic shelters and a playground.

Getting to Ballina Skatepark

The Skatepark itself is visible from Hill St and the bridge. So if you’re skating there you can enter from the top at Hill St. If you’re driving, you need to go into the park entrance from Kingsford Smith Drive. There’s quite a bit of off street parking available. Head down towards the bridge from the car park to find the skatepark. At the waterfront behind the toilet block and a small stage is where you’ll find the skatepark. 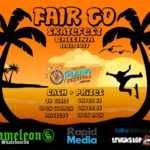