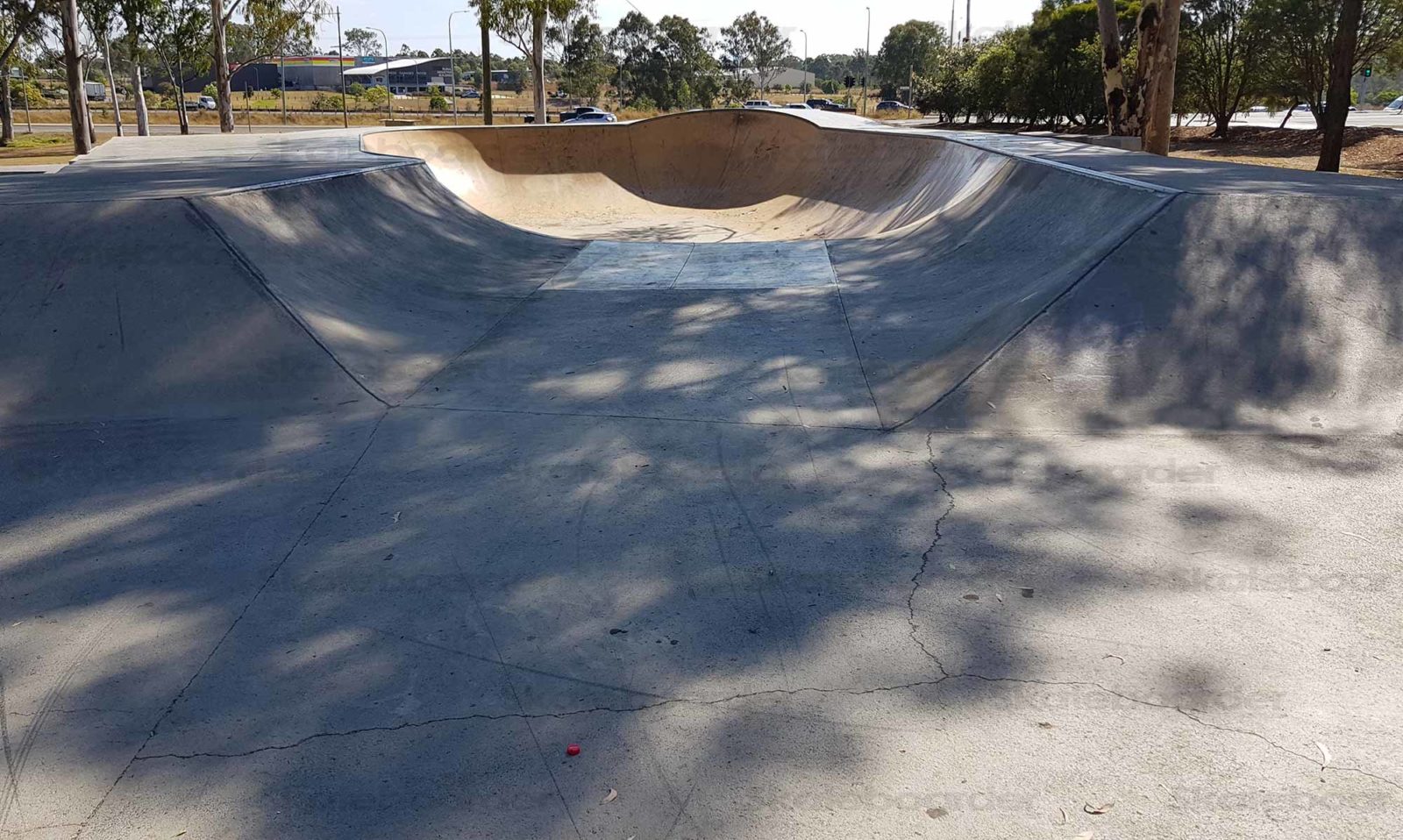 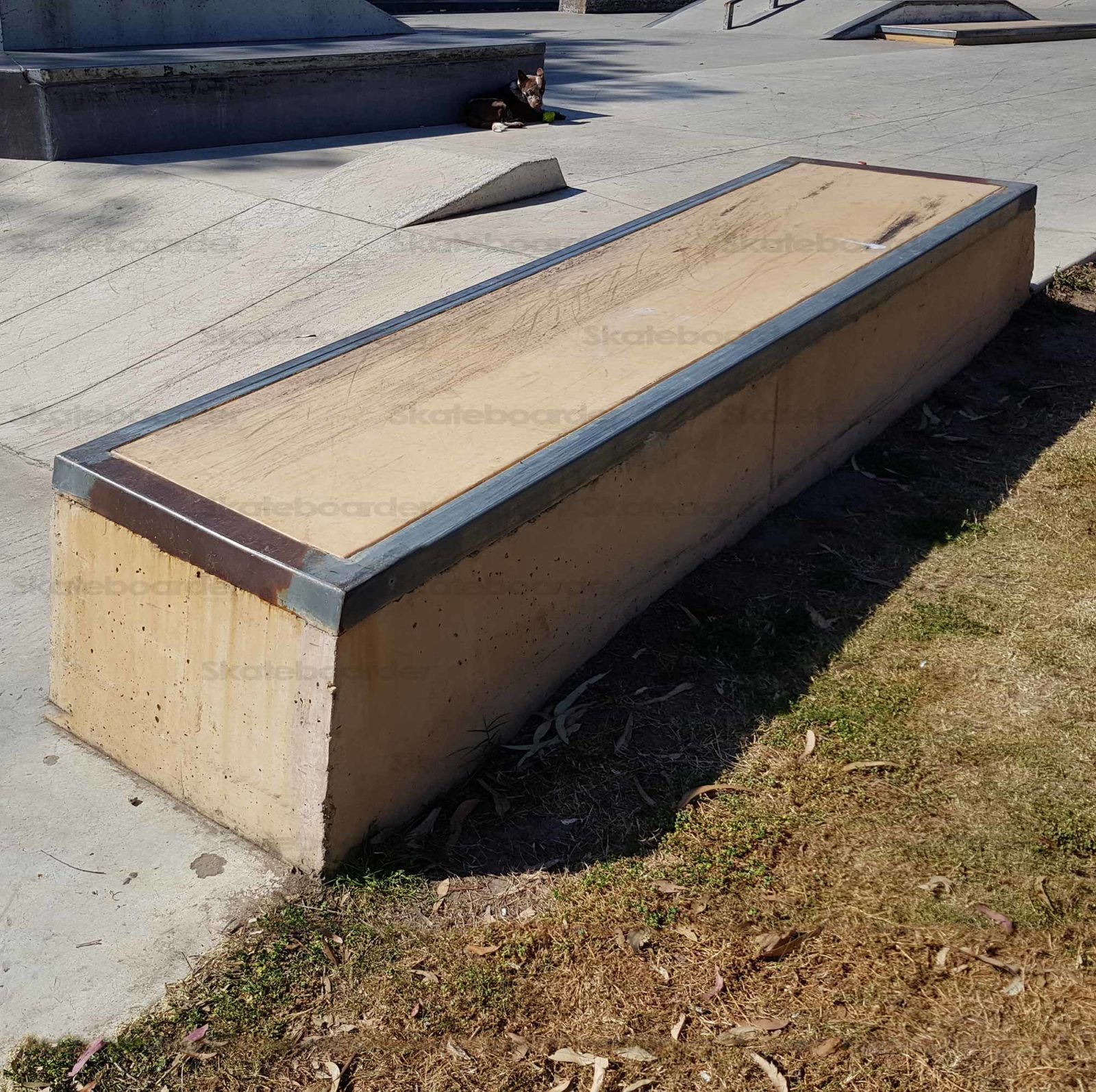 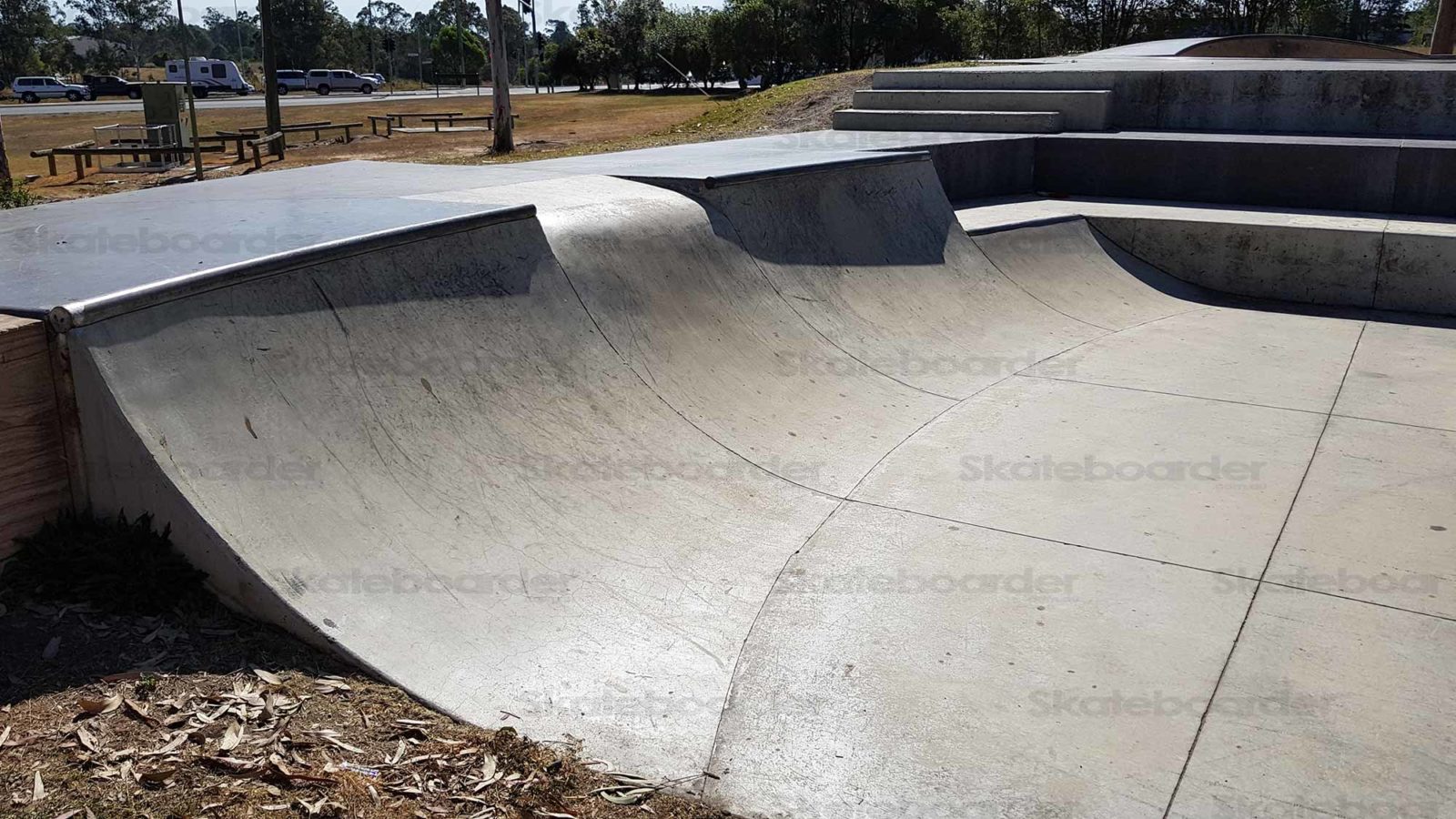 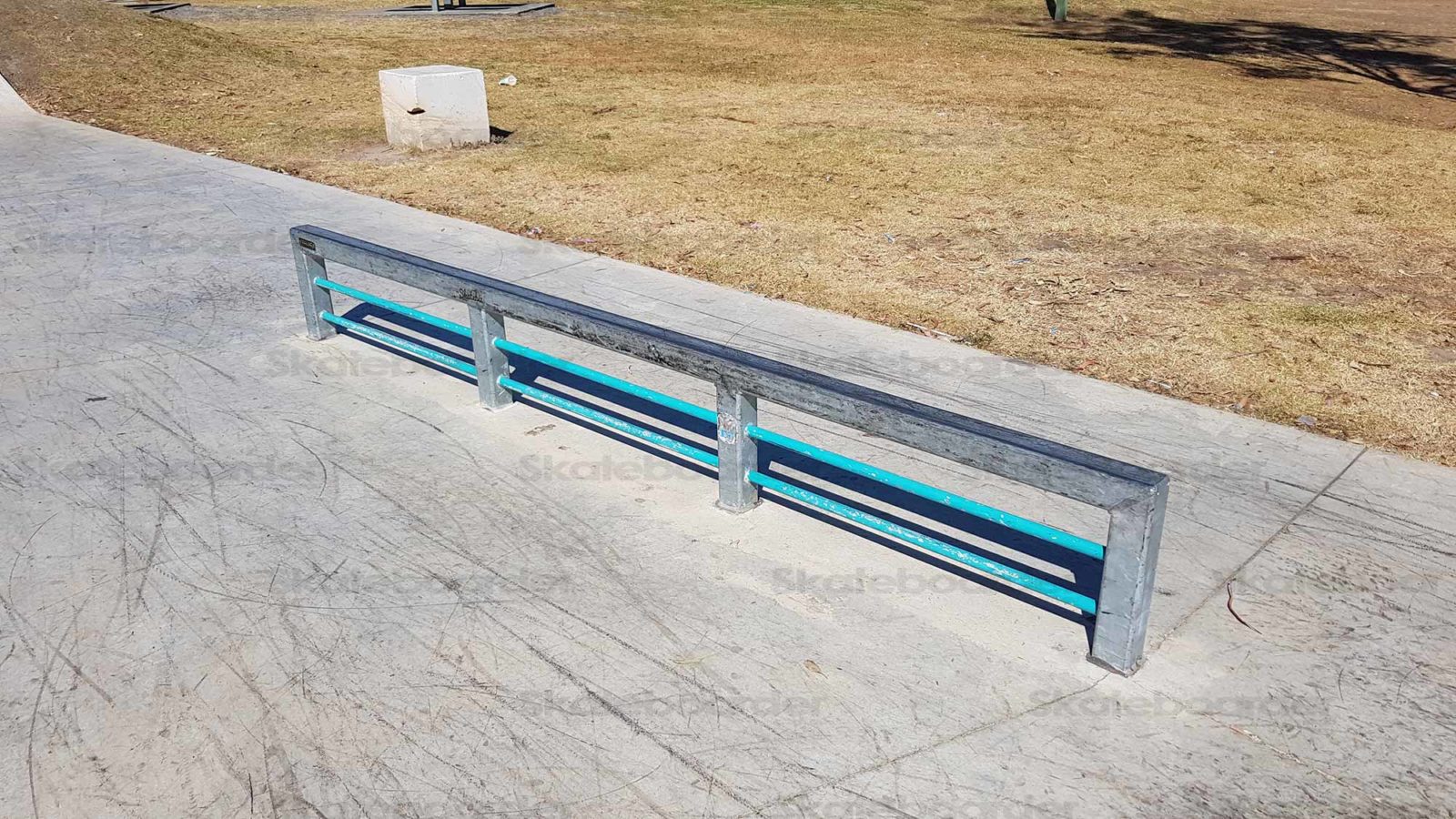 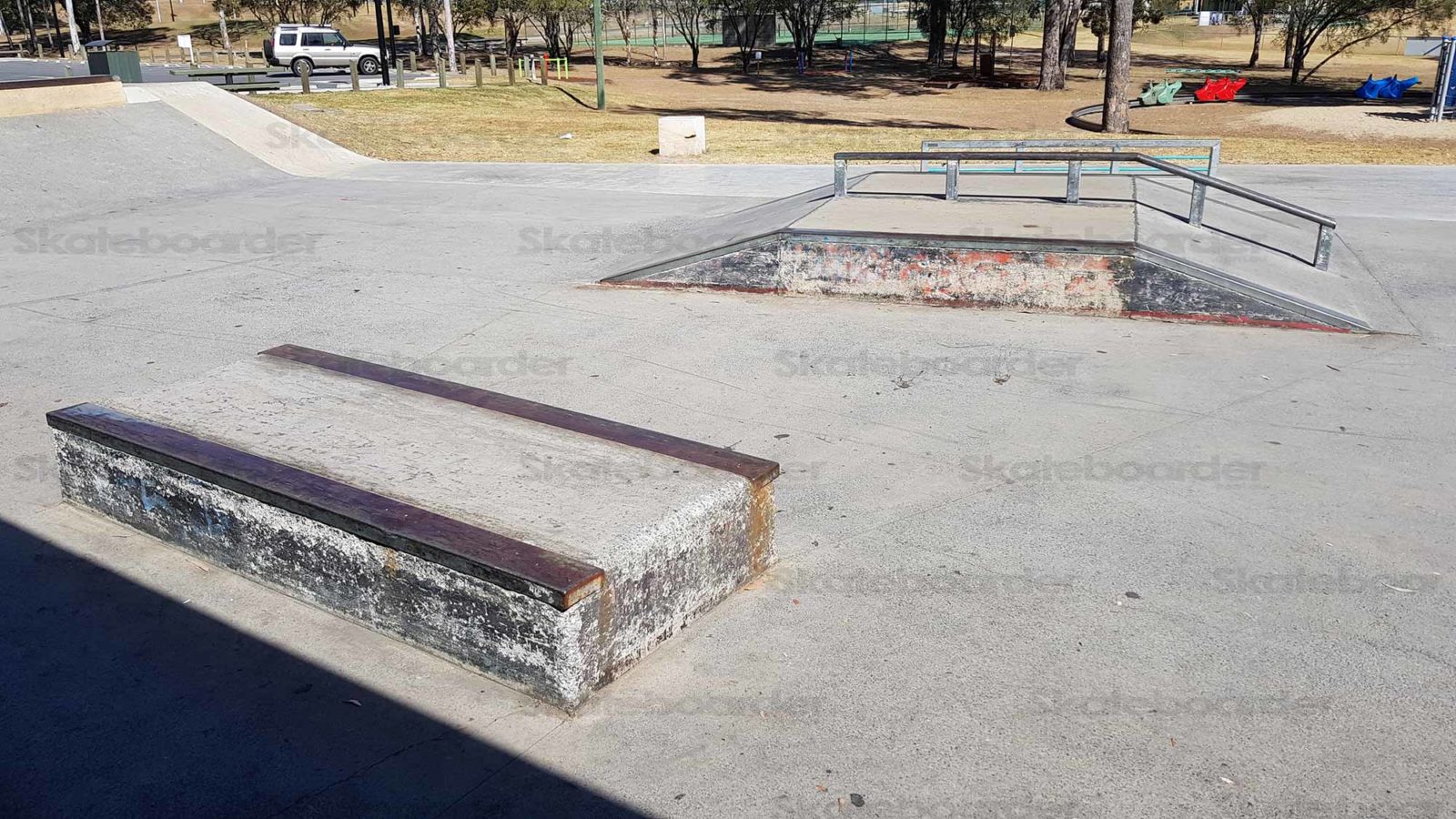 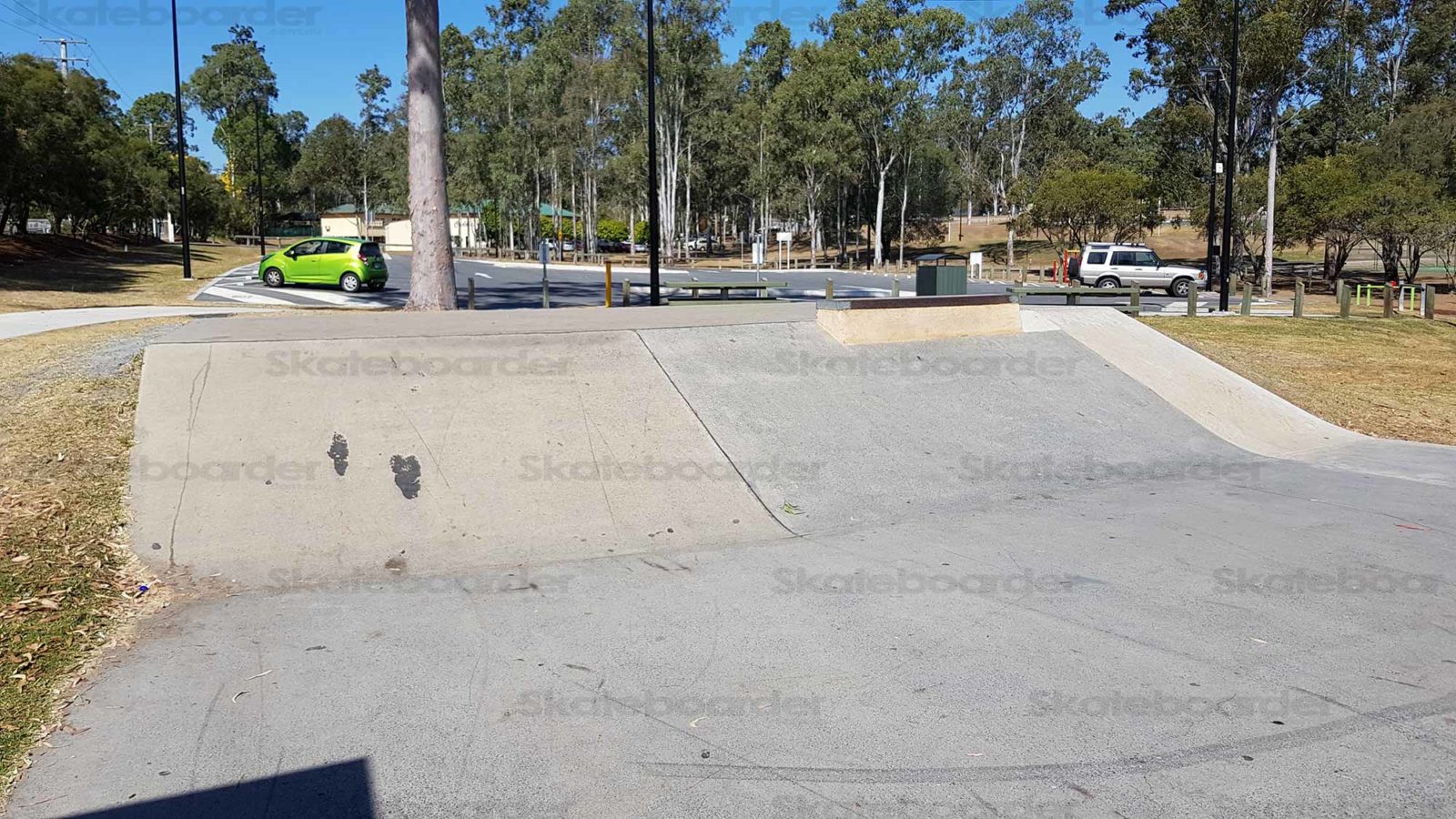 Jimboomba is only a small skatepark, but it has some fun elements. A recent upgrade extended Jimboomba Skatepark to now include a 5 1/2ft bowl with hips transitioning from the 3ft halfpipe. The bowl has an extension that tops out at 6ft. It also widened the park and added a new level with some small 3ft quarters, roll in, 2ft quarter, large stairs, rail, ledge and a small launch pad. The new section is made up of the modern day smooth slippery concrete that’s popping up everywhere. The original features of the park remain with a 4ft bank and euro gap, double sided ledge and a fun box with flat down rail.

The skate park has it’s own large picnic shelter with seats where you can watch all the action.

In the wider park you’ll find fitness equipment, fields and a playground.

Getting to Jimboomba Skatepark

The skate park sits in Jimboomba Park, just off the Mount Lindesay Hwy on South St. It’s on the eastern side of the highway just as the road crosses over. There’s a big car park right next to the skatepark. There are bus stops 500m north in the main area of Jimboomba on the highway. Buses run to and from Grand Plaza at Browns Plains. Check with Translink for routes and times.

Being such a small skate park it can feel very crowded very quickly. The smaller size of most elements also brings out scooters in numbers, so you’re better off avoiding this park during peak times. It does seem to have people there at most times though, even during school hours.