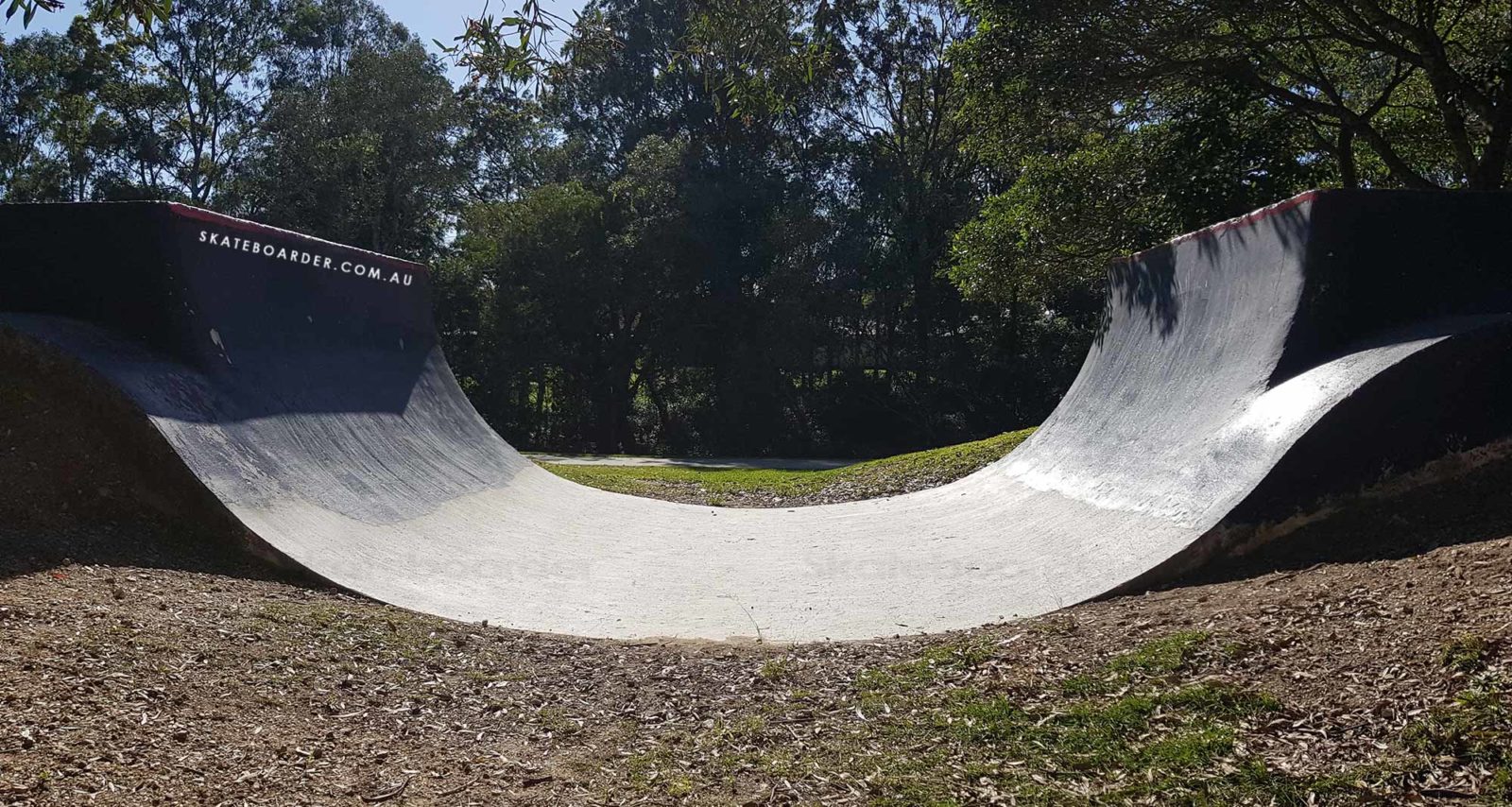 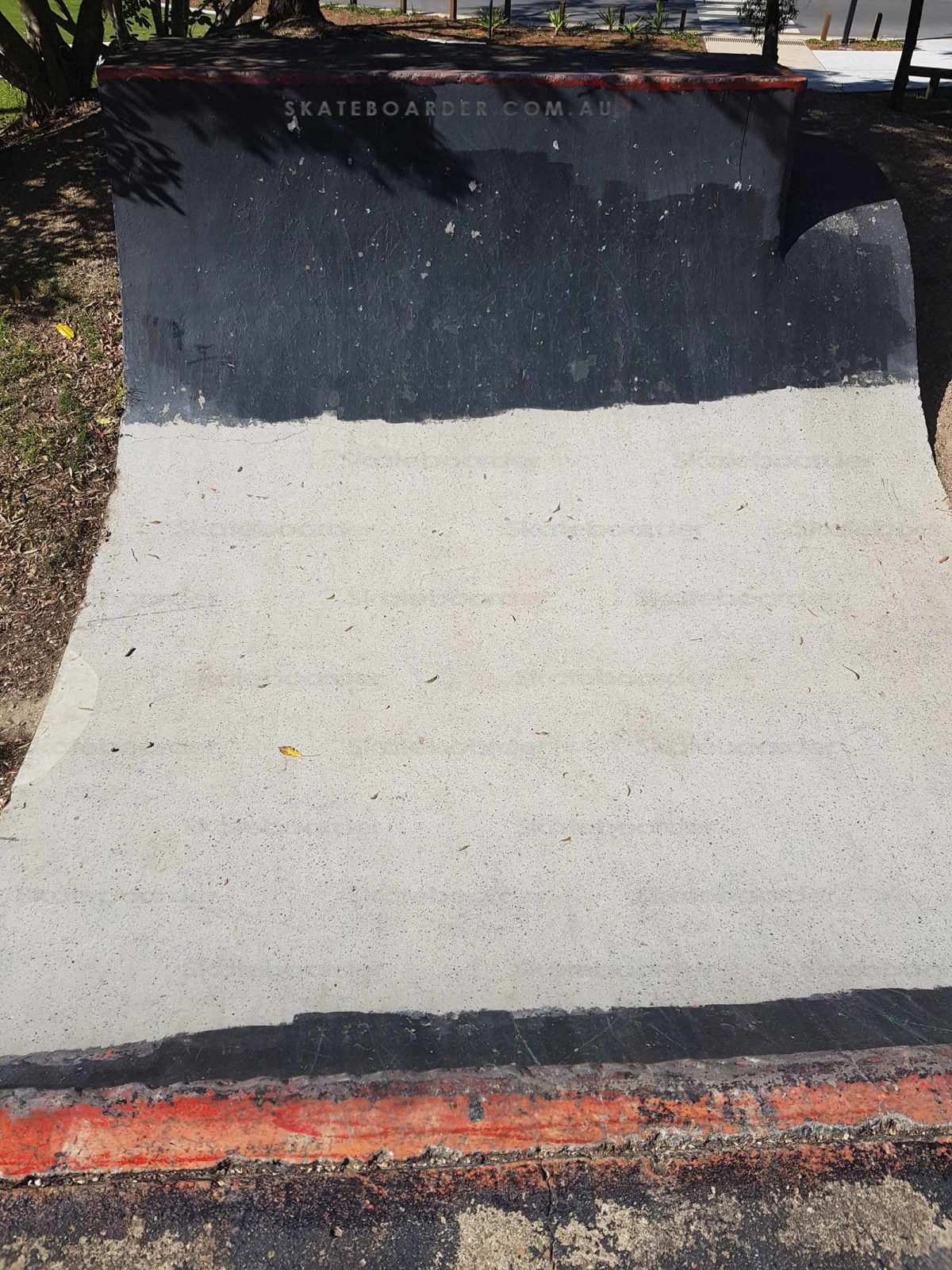 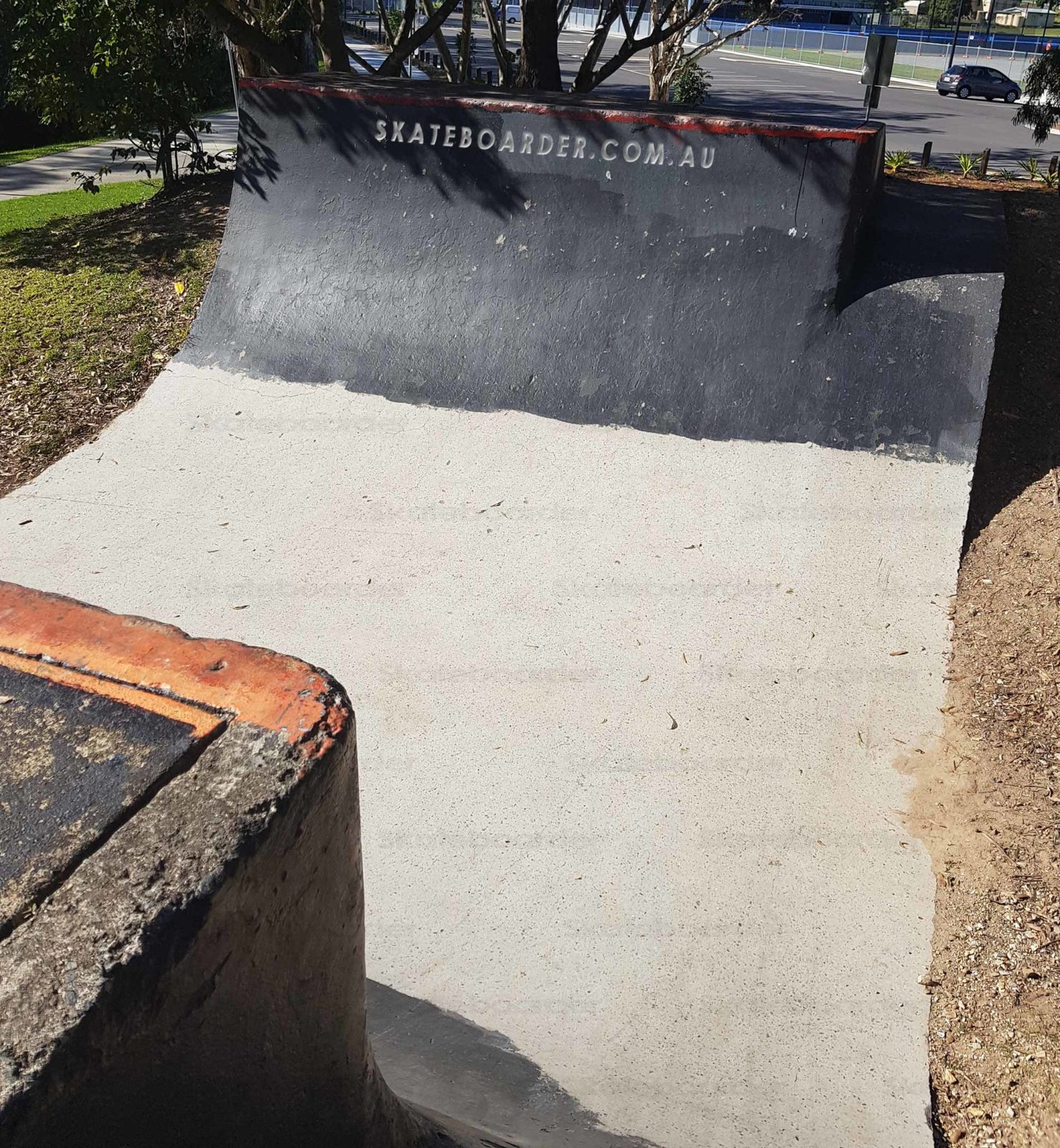 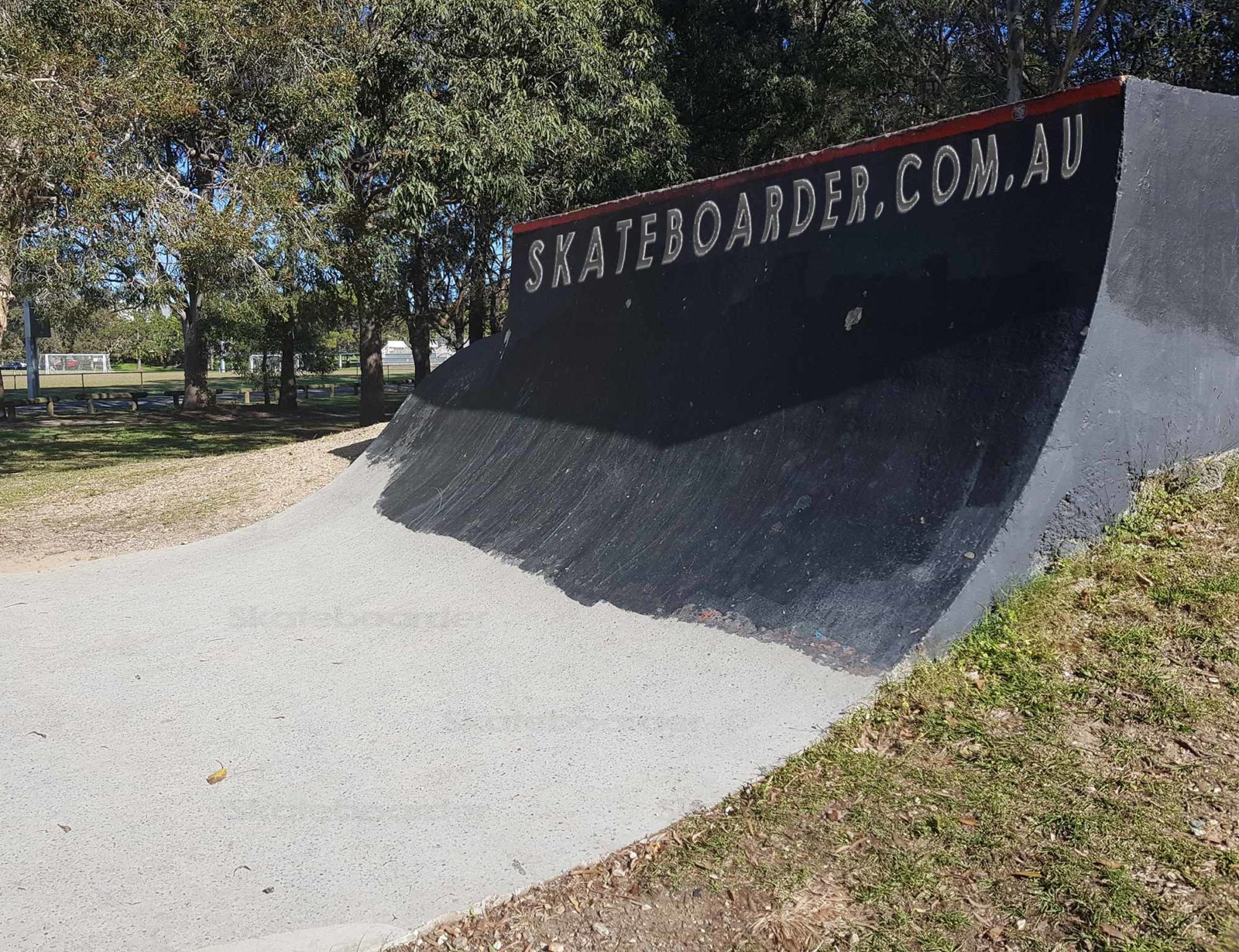 This is one very old, very gnarly concrete beast of a half pipe. It has basically no flat and is one continuous transition. Both sides have a rollin on one edge. The concrete is rough and the coping rougher. At around 8ft, the Keith Hunt Park HalfPipe does make for an interesting ride on polyurethane.

There are no other obstacles around to ride, it’s just the halfpipe itself. There are no seats, lights, or anything else of note. Just this dinosaur sitting half hidden.

The top halves have been painted in red and black, adding some high end GC style. You certainly won’t find any of that smooth boring unpainted concrete here.

How to get to Keith Hunt Park Halfpipe

You’ll find this beast in Labrador at the back of the playing fields. As such it’s also known as the Labrador Halfpipe or Labrador Skatepark.

The car park entrance is a bit hard to find. If travelling along Musgrave Ave, look for the hockey / soccer fields and turn off between them. The half-pipe is at the back corner behind the toilet block as the road turns to the hockey complex. You may want to bring a broom as there’s plenty of foliage and small rocks across the base.

Buses stop nearby on Musgrave Ave or Government Rd. If you’re keen you could also take a tram to Griffith and skate the rest of the way.