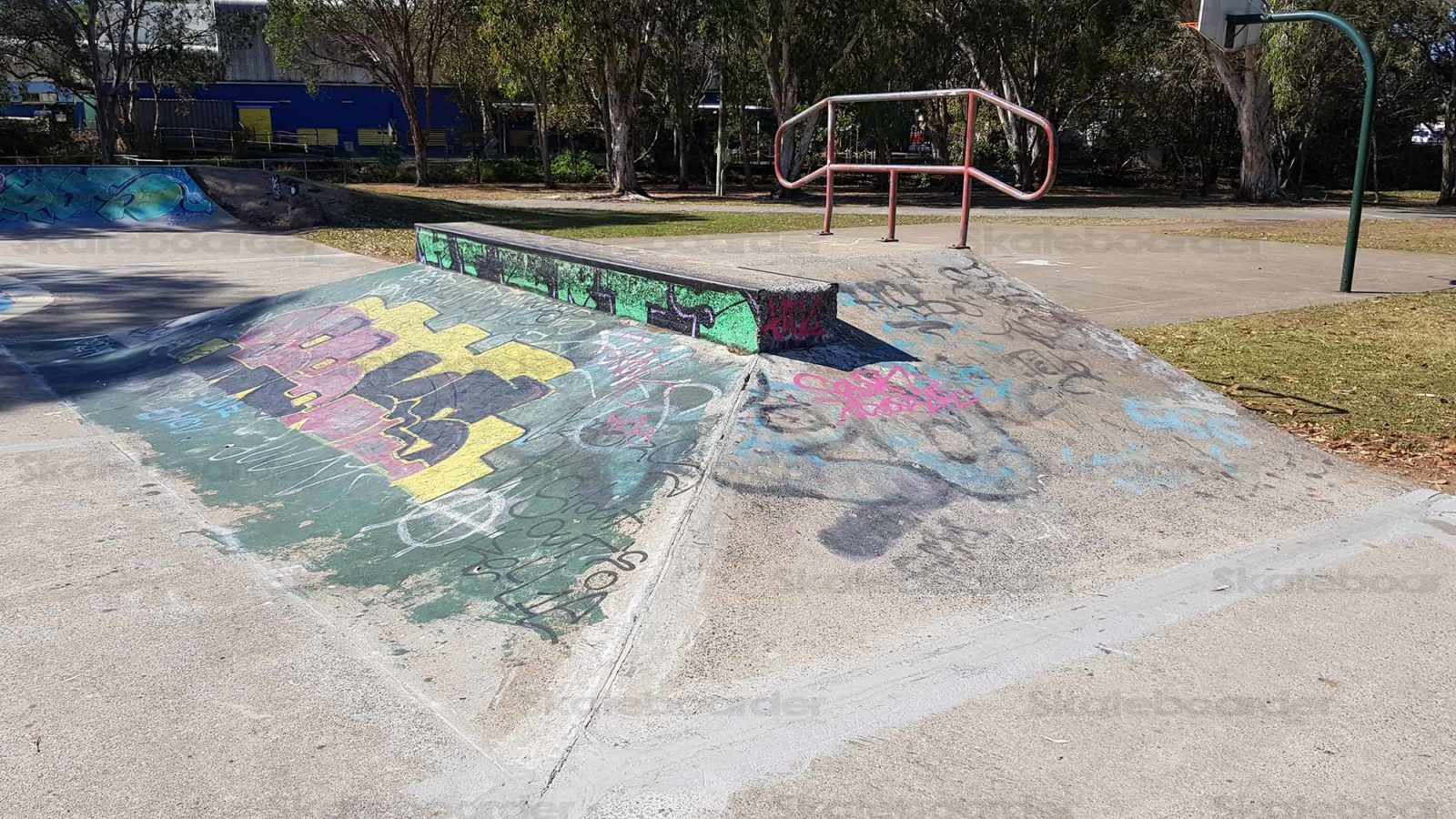 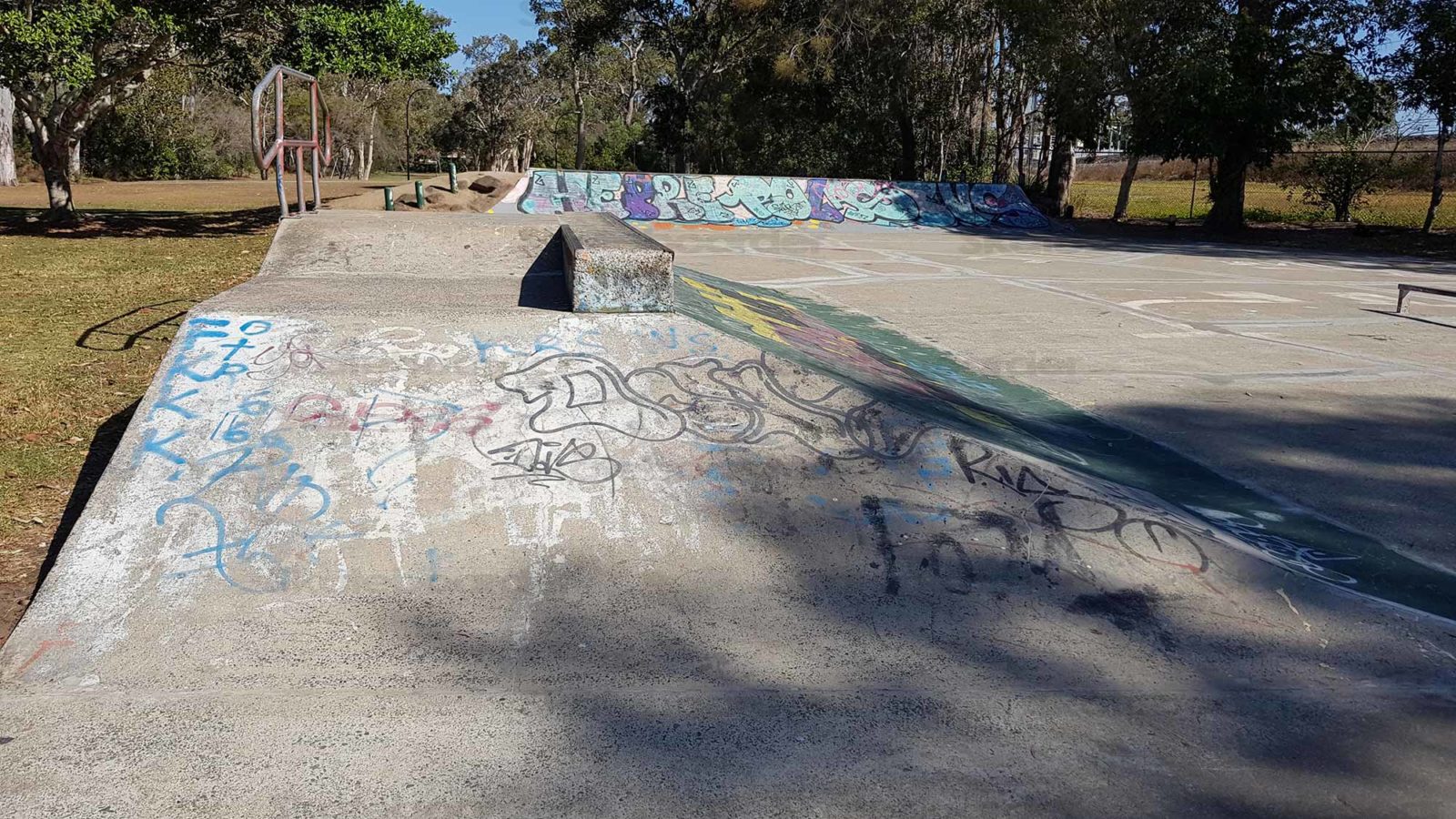 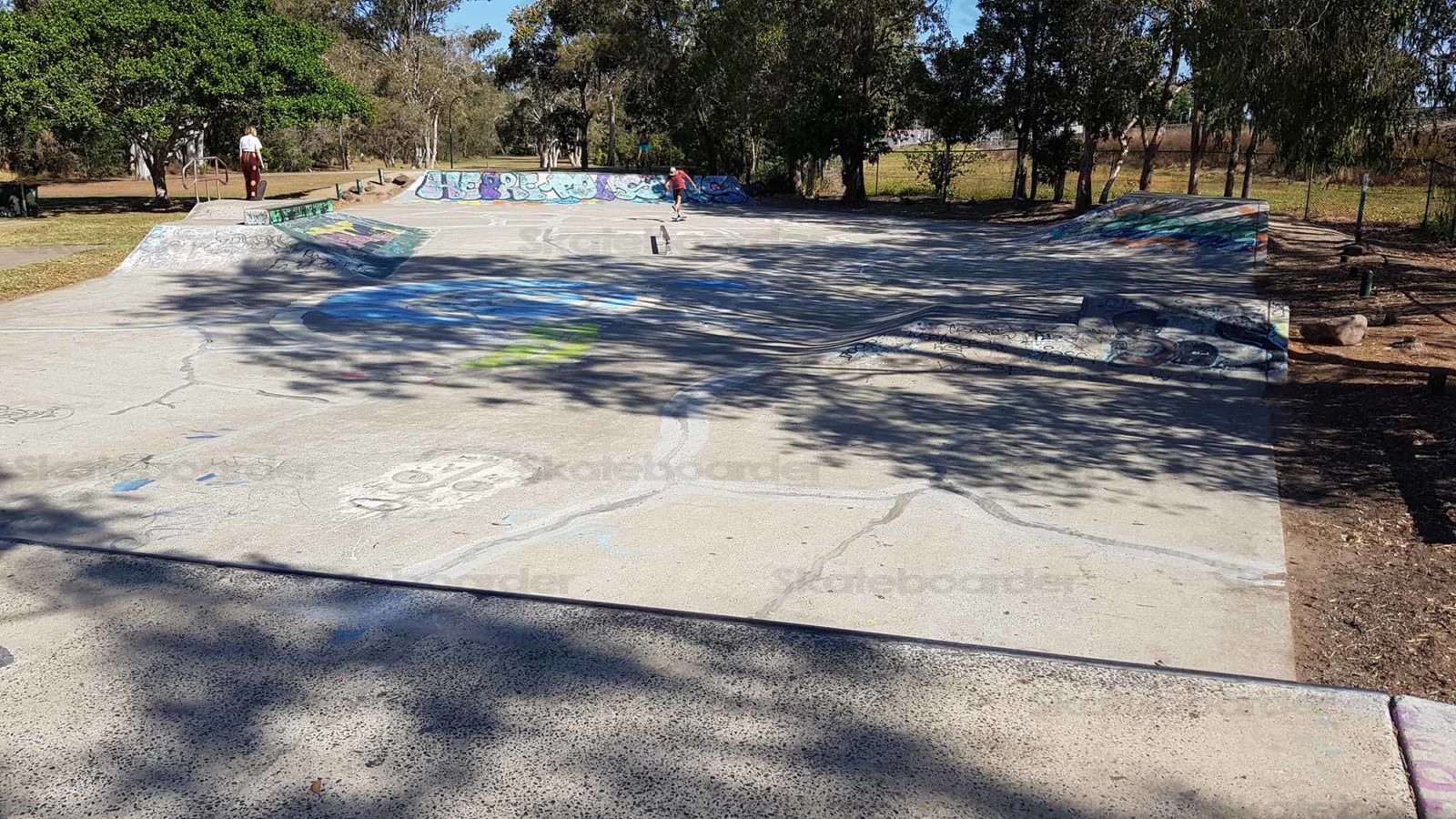 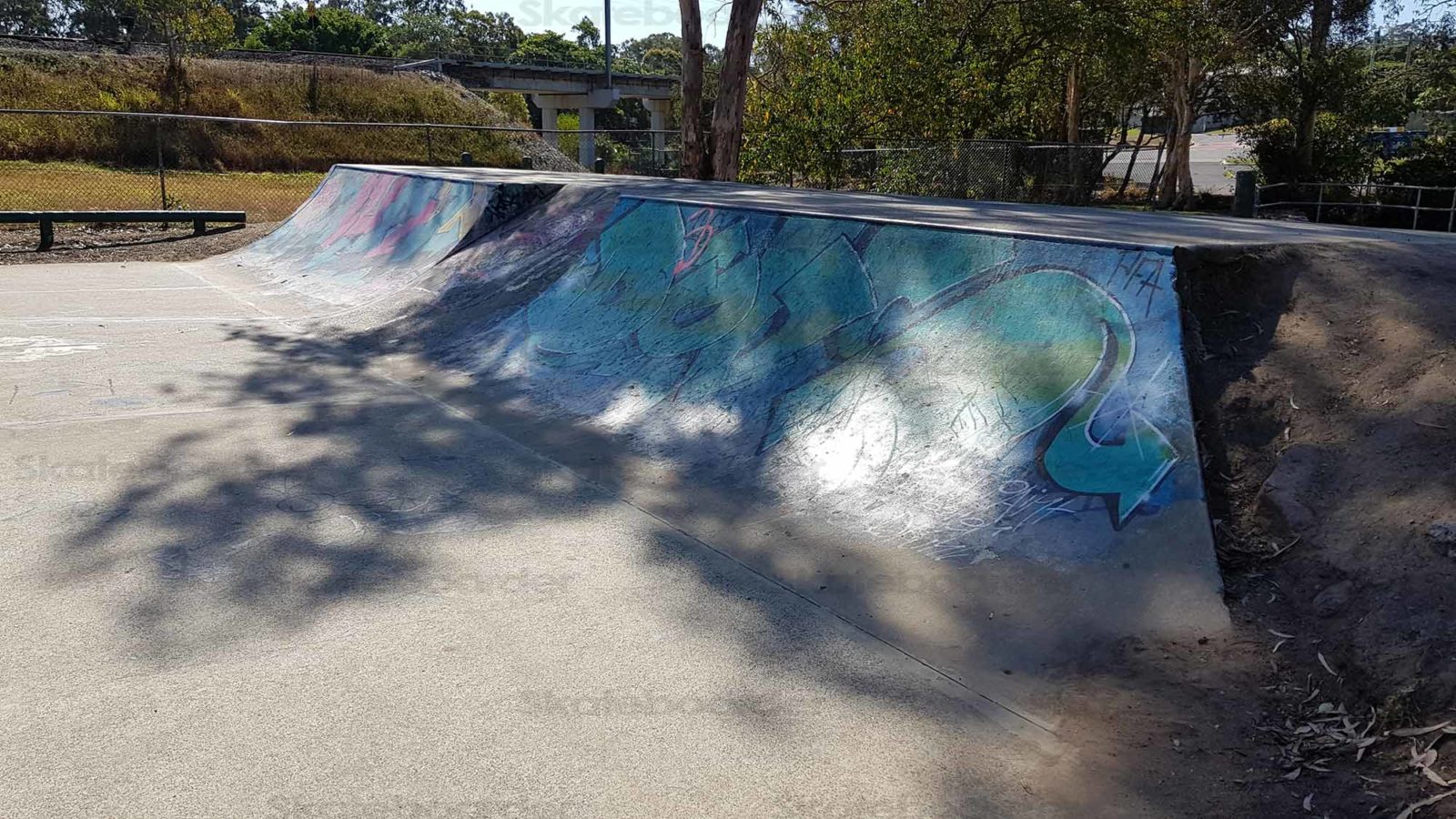 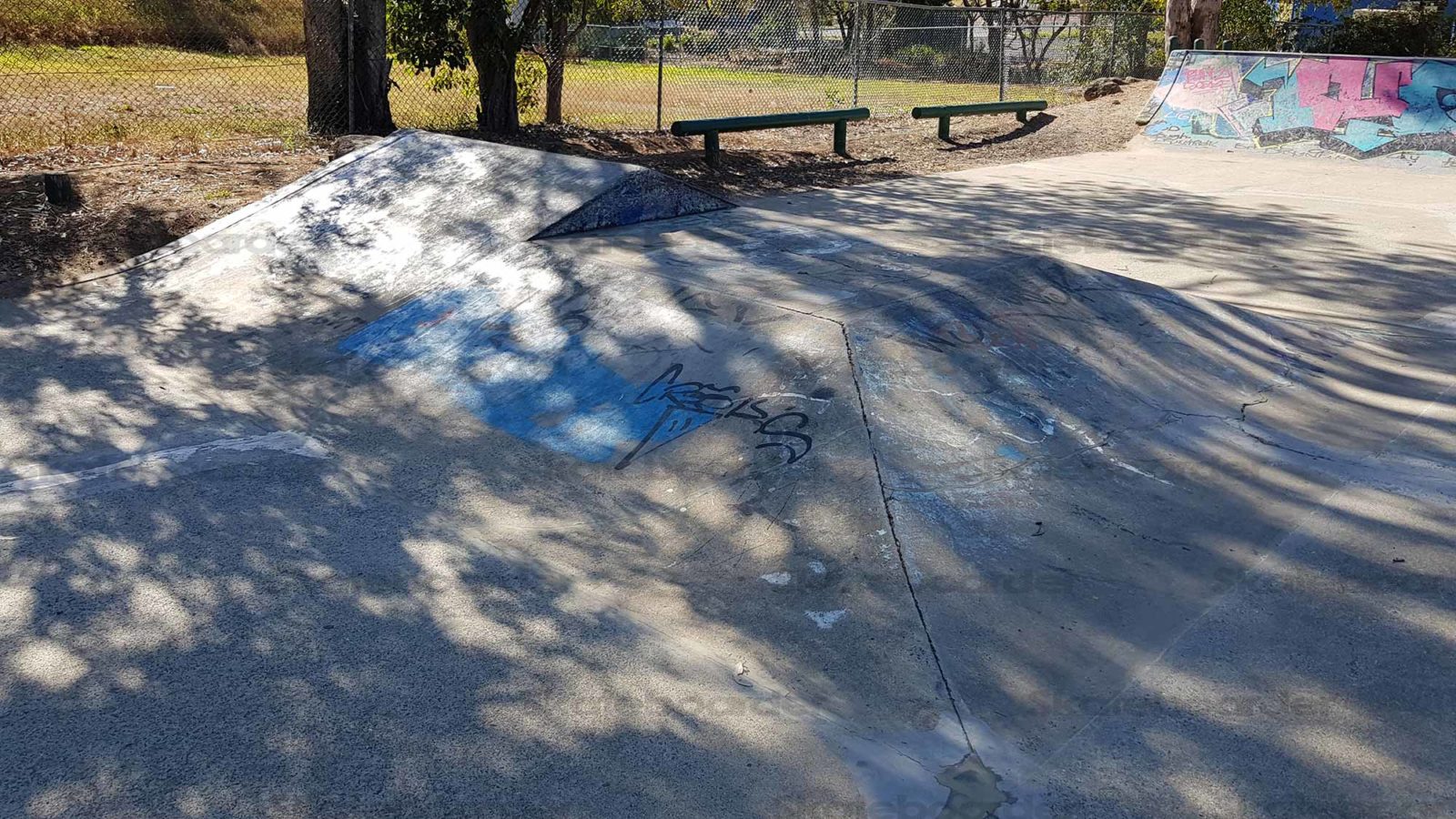 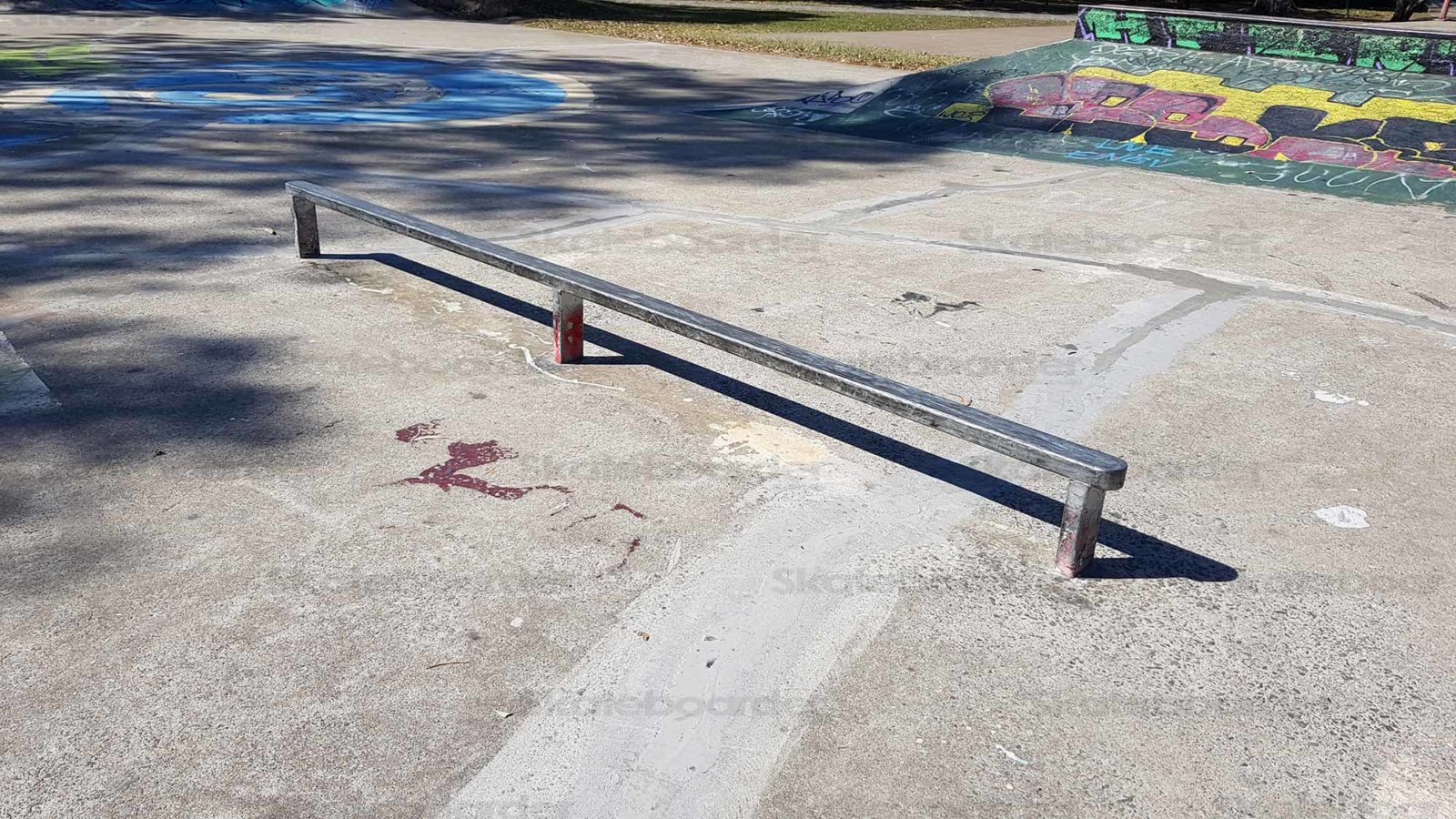 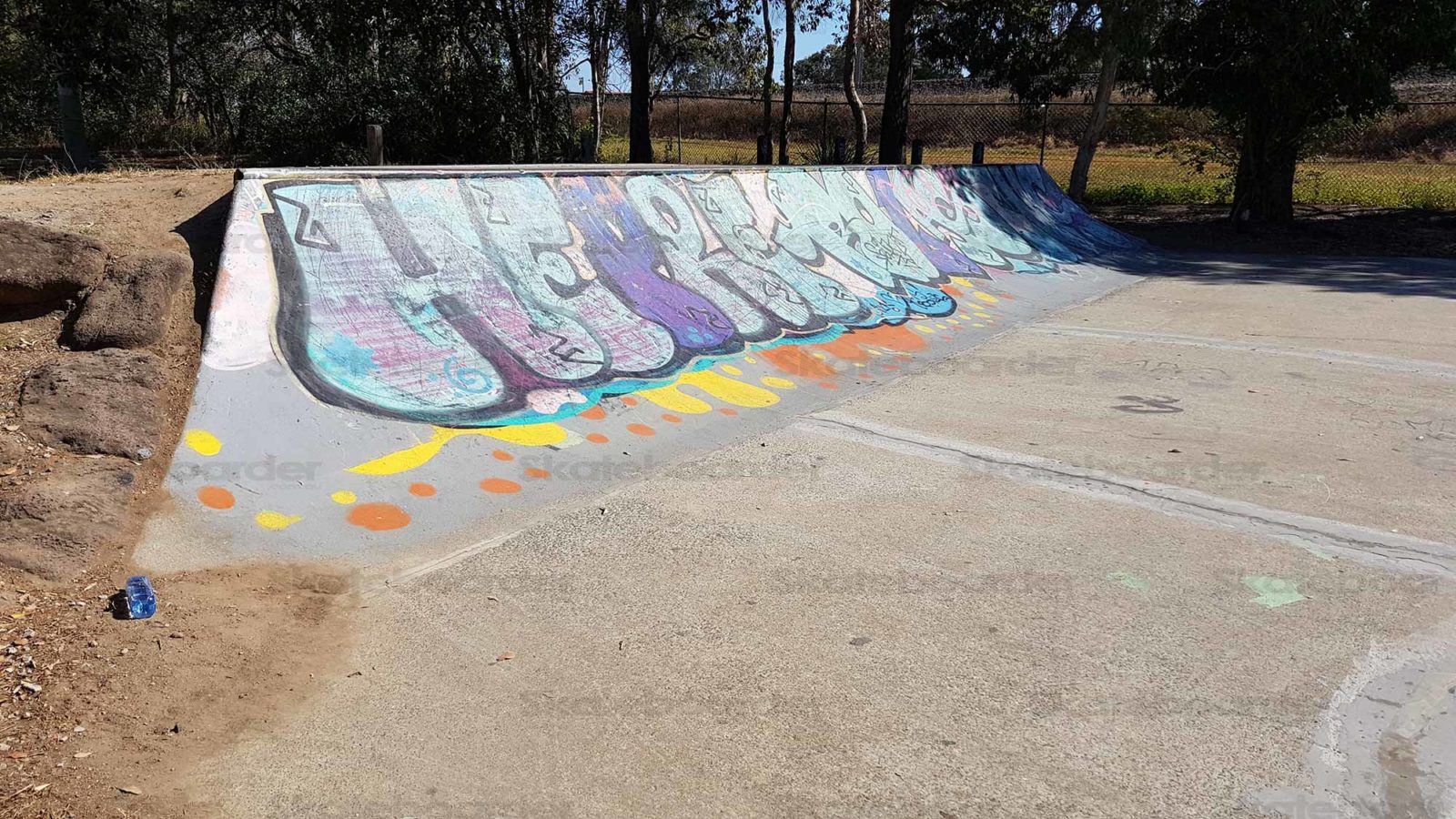 Tucked in behind the car park for the Bayside PCYC is the Lota Skatepark.

The obstacles are spaced out here as there is a lot of flatland. The skatepark has two wide quarter pipes acting as book ends on either side. They are both 4ft with metal coping and one has a roll in. A combo pyramid and wedge sit at the back of the park along with a large bank. There’s a flat rail in the middle. A fun box with a few elements sits front and centre. It’s made up of a 3ft pyramid with a ledge and euro gap. On top is a launch pad and a hand rail which is mainly flat with small down sections.

The flat looks like it’s under running repair. Large cracks span right across the surface. There are patchwork repairs covering them.

There are a few large trees around which means leaf litter and sticks. It was fairly clean during my last visit though. In addition to the skatepark there’s also a half court basketball hoop. There’s a bit of shade around but not much else.

Getting to Lota Skatepark

Those using public transport can choose between a train or a bus. The Lota train station is about 300m south of the skate park. Buses stop on Alexander St, less than 100m away. Check with Translink for routes and costs. If you’re driving you’re better off using your GPS and looking for the PCYC. If you’re not familiar with the area it can be a bit of a maze. Once you have gone under the train bridge and found the PCYC, park in their car park. From there walk across the footbridge into the park and you’ll see it.