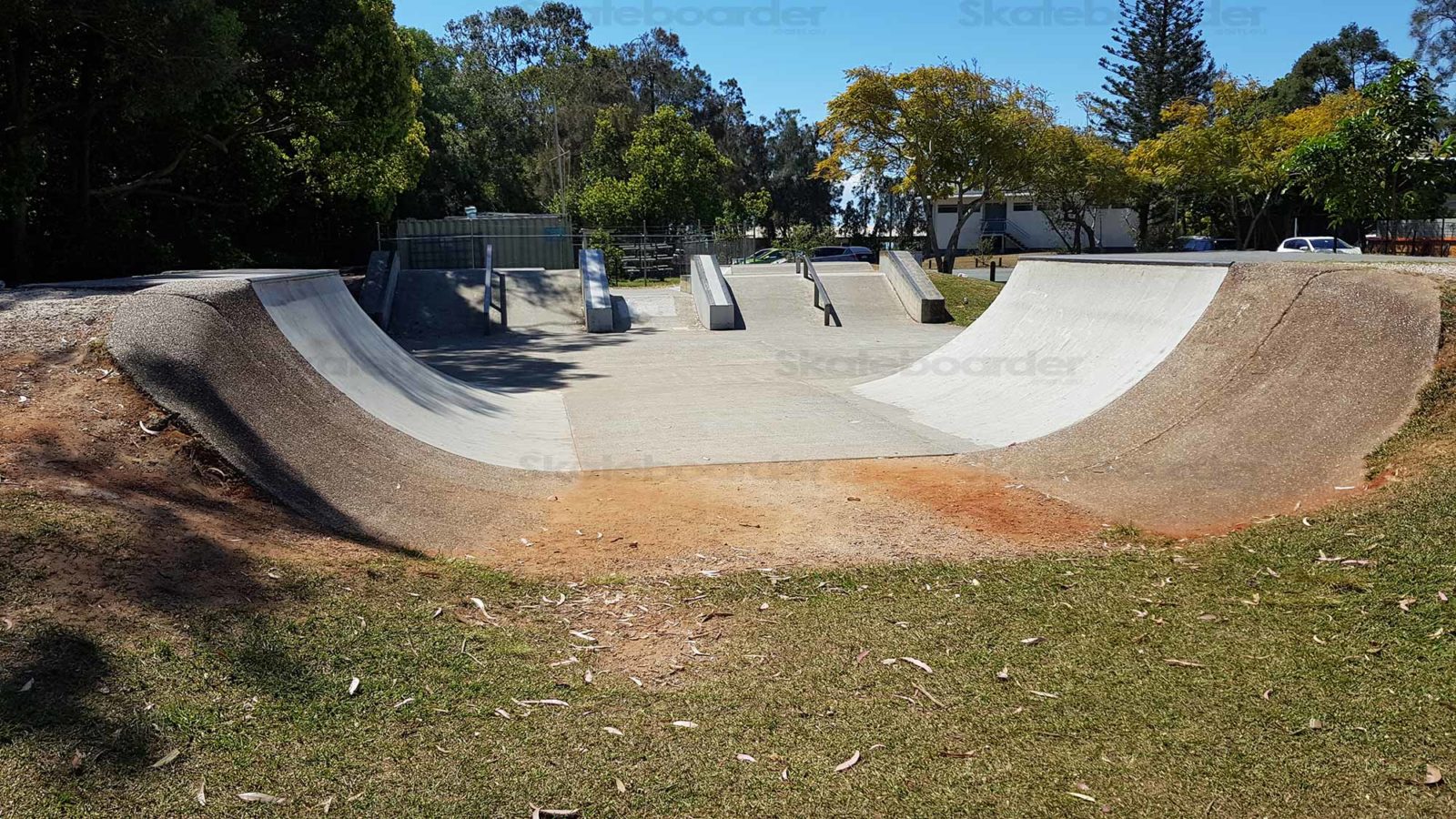 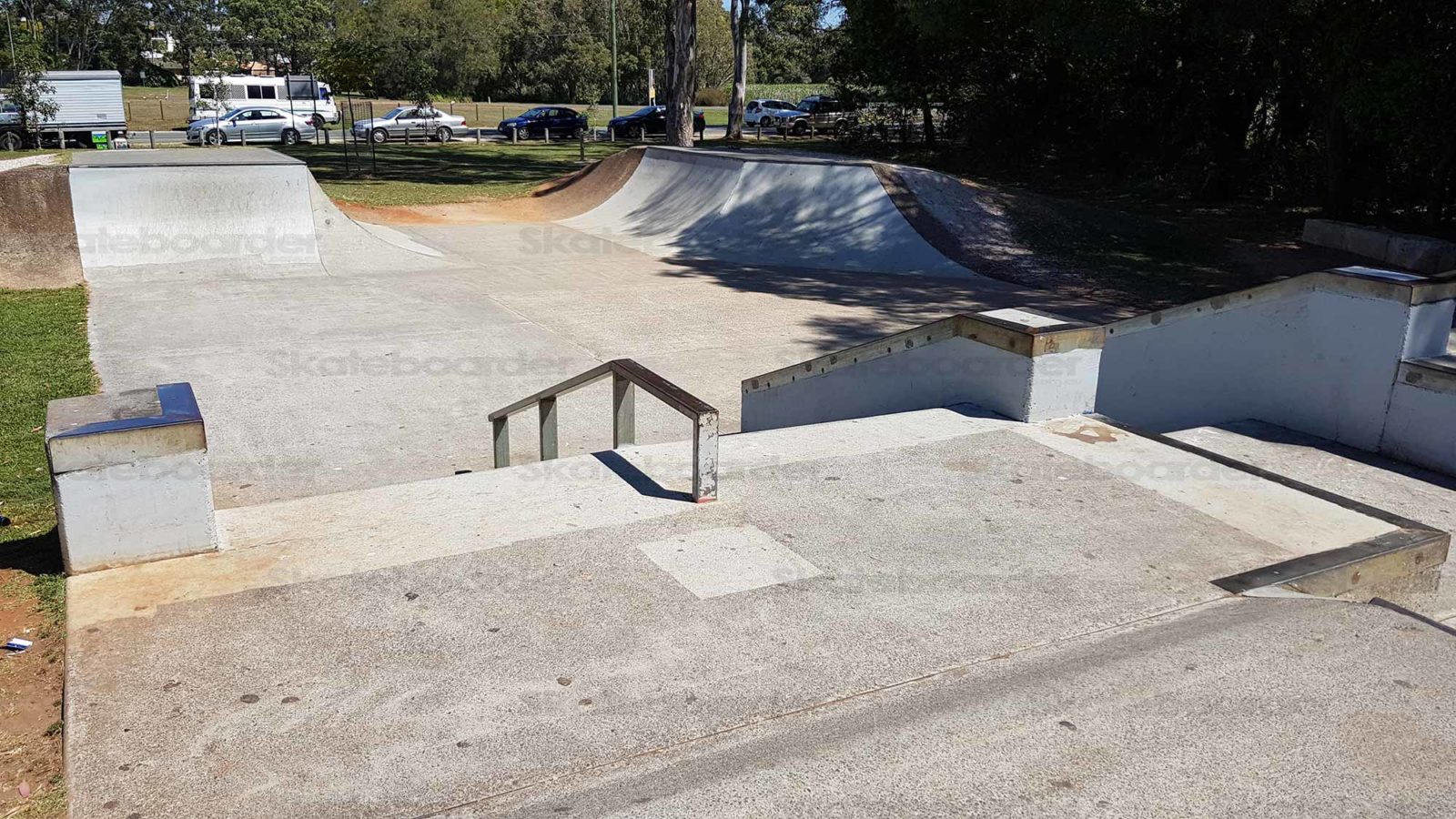 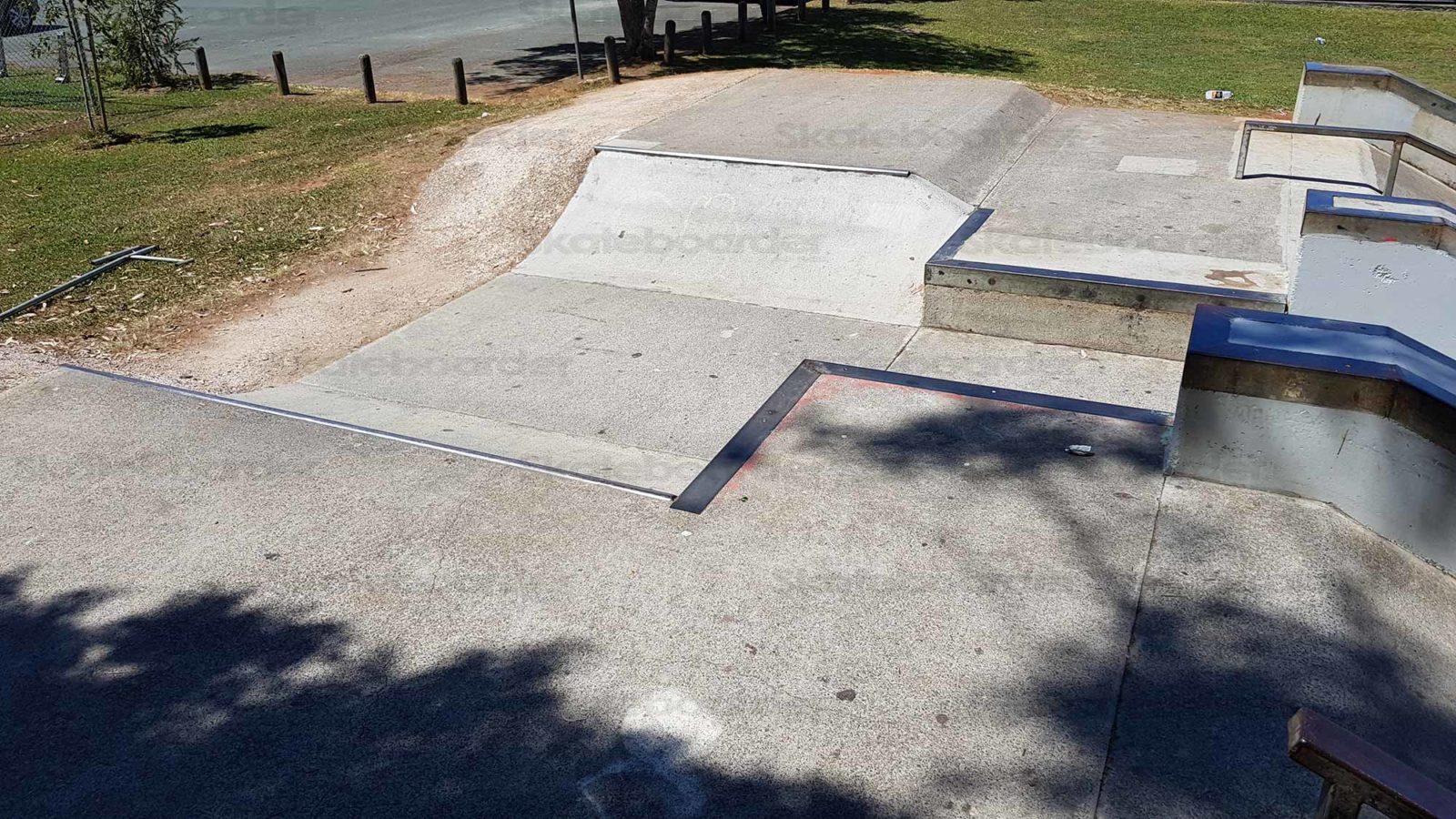 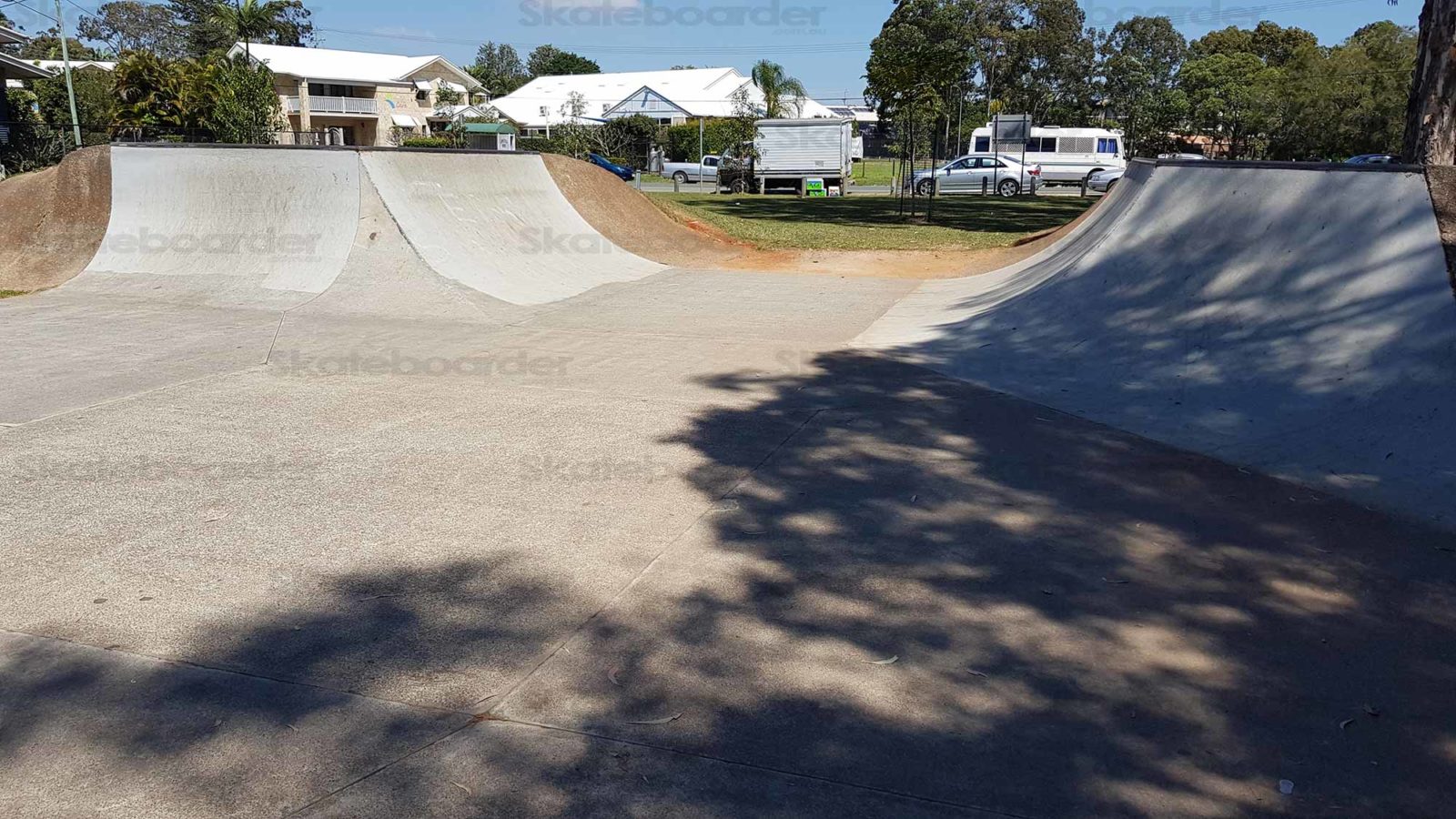 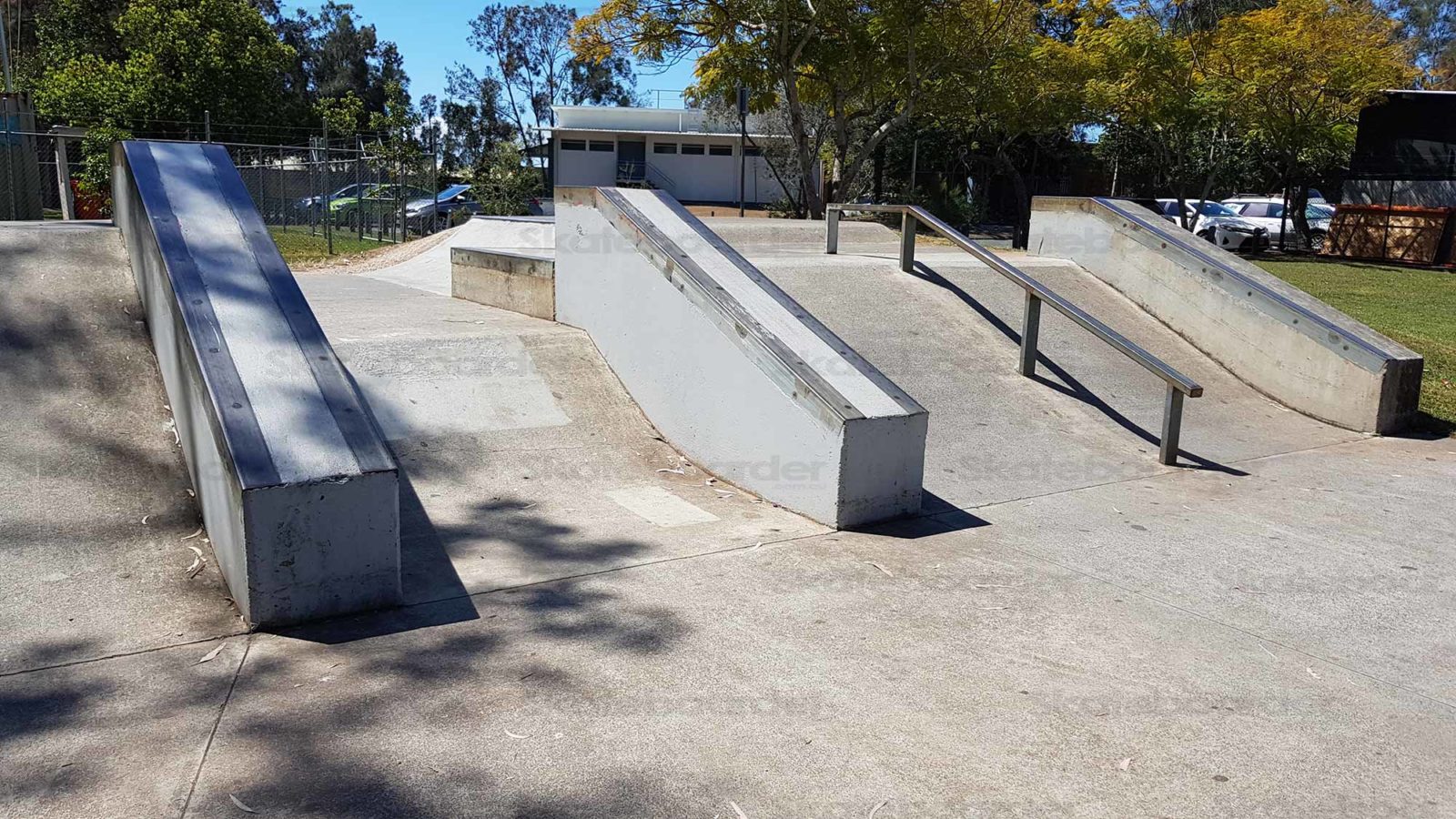 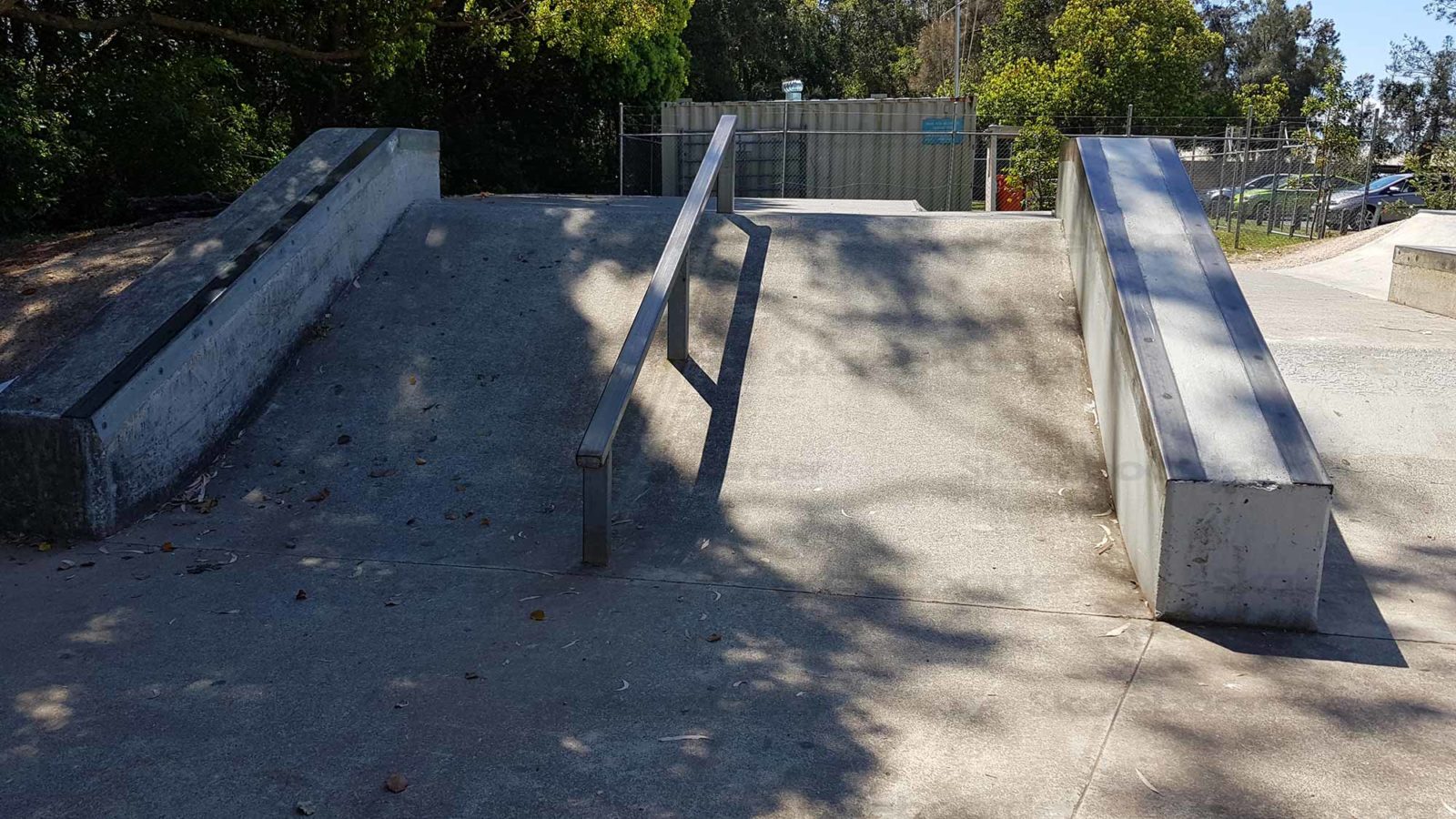 Looking for a small tight old concrete skatepark located right next a police station? Well you’re in luck, as that’s exactly what Redland Bay Skatepark is.

It has a 5ft halfpipe with metal coping. A quarter pipe extends out one side creating a hip. The other side extends to a gnarly vert wall which has around a 2-3ft transition and 2ft of vert. It also has metal coping and it’s fun to shred. All the transitions have been resurfaced at some stage. There’s a raised area which has a 1-2 foot micro ramp and ledges. Heading down from the raised platform to the flat there are 4 hubbas and 2 rails, one of which is a flat down. You really don’t have much in the way of time or space to hit these. There is a little transition on the top platform on one side that gives you a bit. But you’d be lucky to get in more than a push or two.

There isn’t much in the way of facilities here. There is water and a bin, and some rocks conveniently placed as seats, but that’s about it. The park has quite a few large trees lining it so you can grab some shade. If you’re looking for toilets there’s some in the nearby park and shops are probably 500 north up the road.

Getting to Redland Bay Skatepark

The skatepark is around 50m on the left as Hamilton street kinks towards the Ferry Terminal. Parking is on the side of the road only. There are bus stops just in front of the police station heading in both directions. If you’re heading over from Karragarra or Russell Island there’s also a ferry terminal less than 100m away.

I haven’t visited in peak times but I can’t see this getting much action. With the new Mount Cotton Skatepark and the popular Thornlands within 10km, there’s a chance you’d get the halfpipe all to yourself. But maybe one of the locals could fill us in with a review.