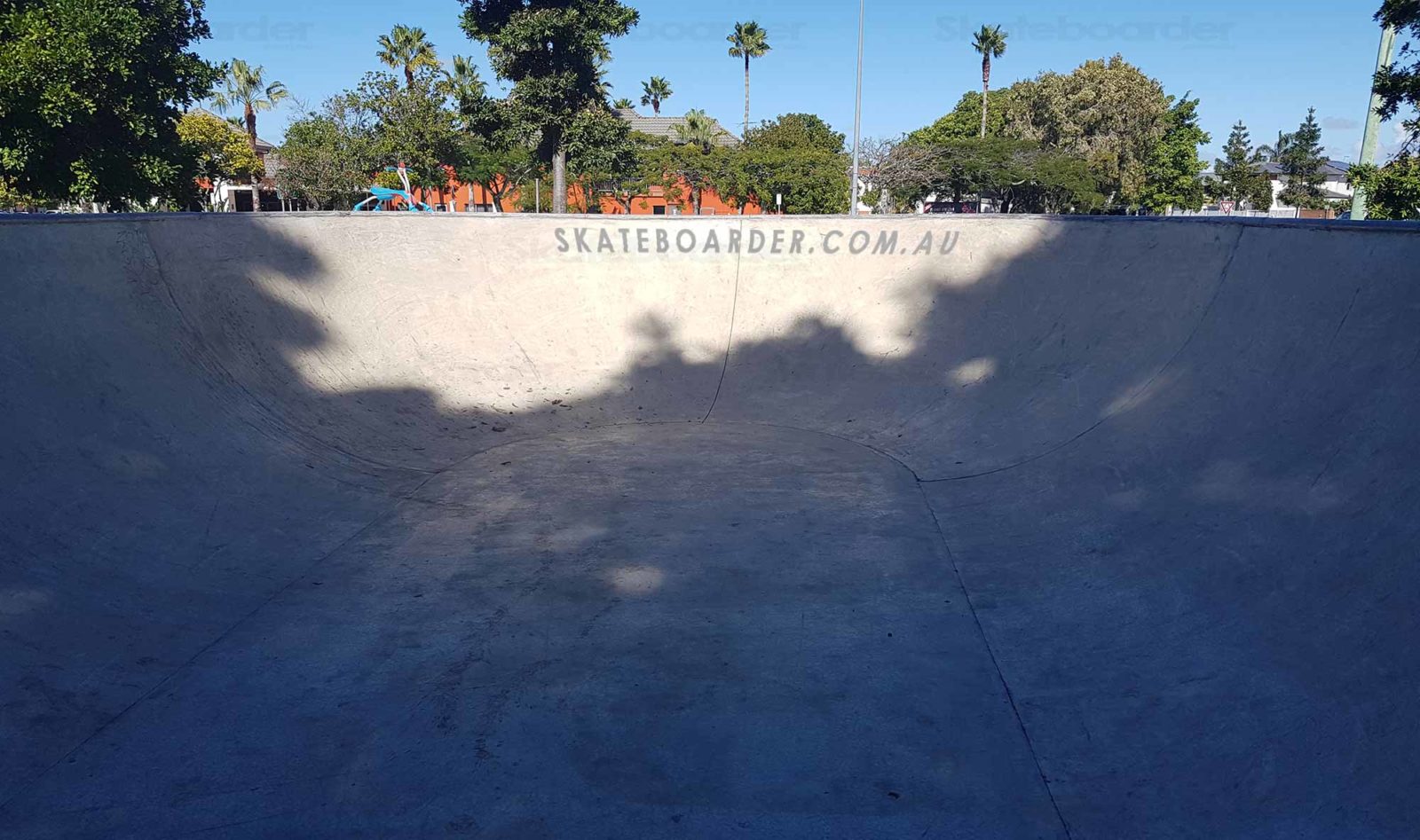 The old Runaway Bay Bowl is a simple old school concrete skate bowl that’s been given a new lease on life. Having been resurfaced it’s smooth enough to ride and is a good place to escape the crowds.

The more popular Runaway Bay Skatepark is close by so you won’t find many serious skaters here. To give you an idea, there wasn’t a single skater here when I last visited. At the same time there was more than 10 plus up the road on skateboards or bikes.

The bowl itself is around 5ft in height and has metal coping. It has an open end which has a runoff on either side and a flat block of concrete in front.

It is difficult to see from the road as it is behind a dirt mound. This one has been built up around and not in the ground. It is in front of the library and across the road from the Runaway Bay Shopping centre and police station. It has public transport close by and there’s plenty of parking around. All facilities you may need such as toilets, water, shops etc are a simple skate away.

Where is Runaway Bay Bowl?