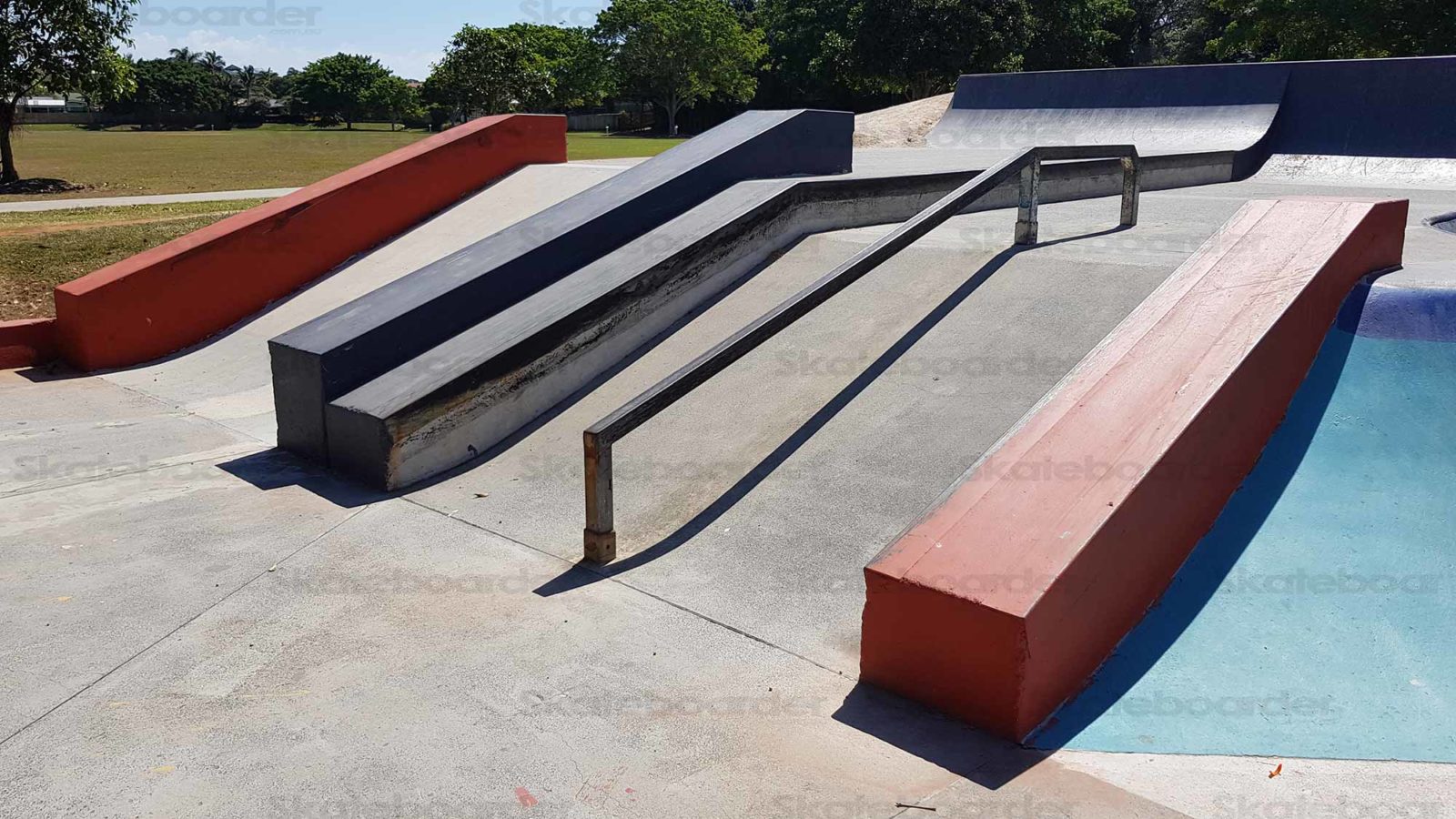 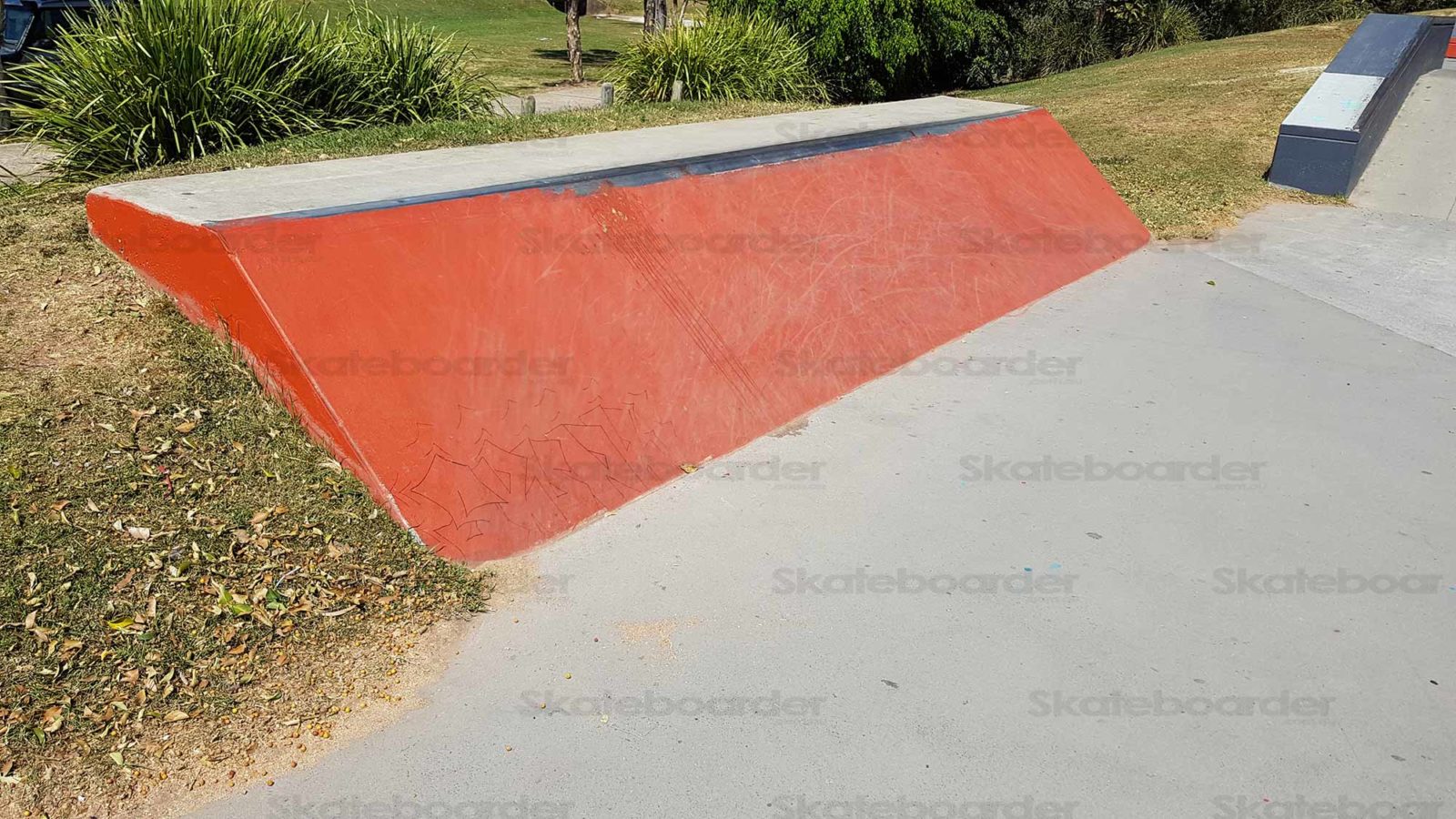 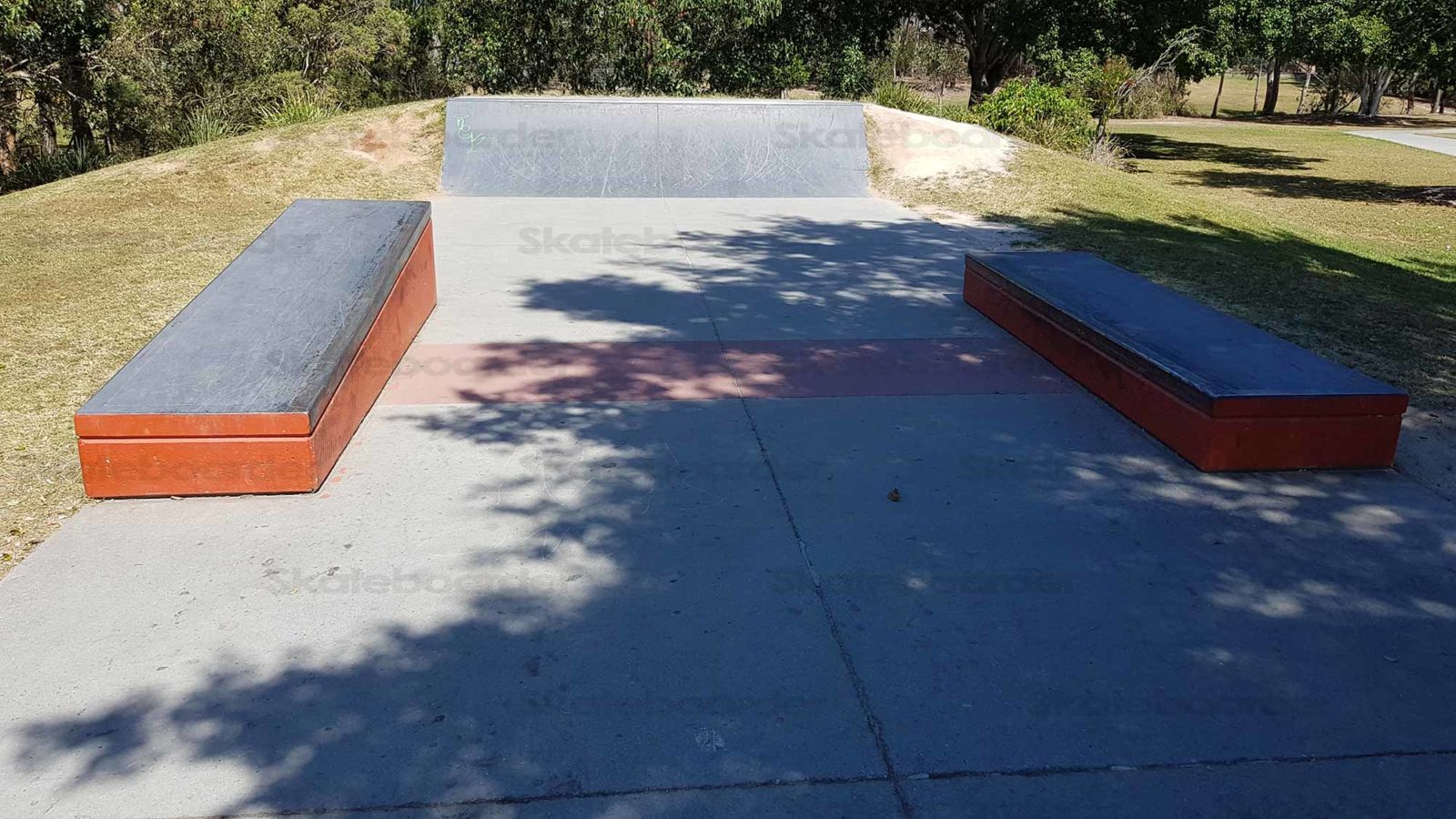 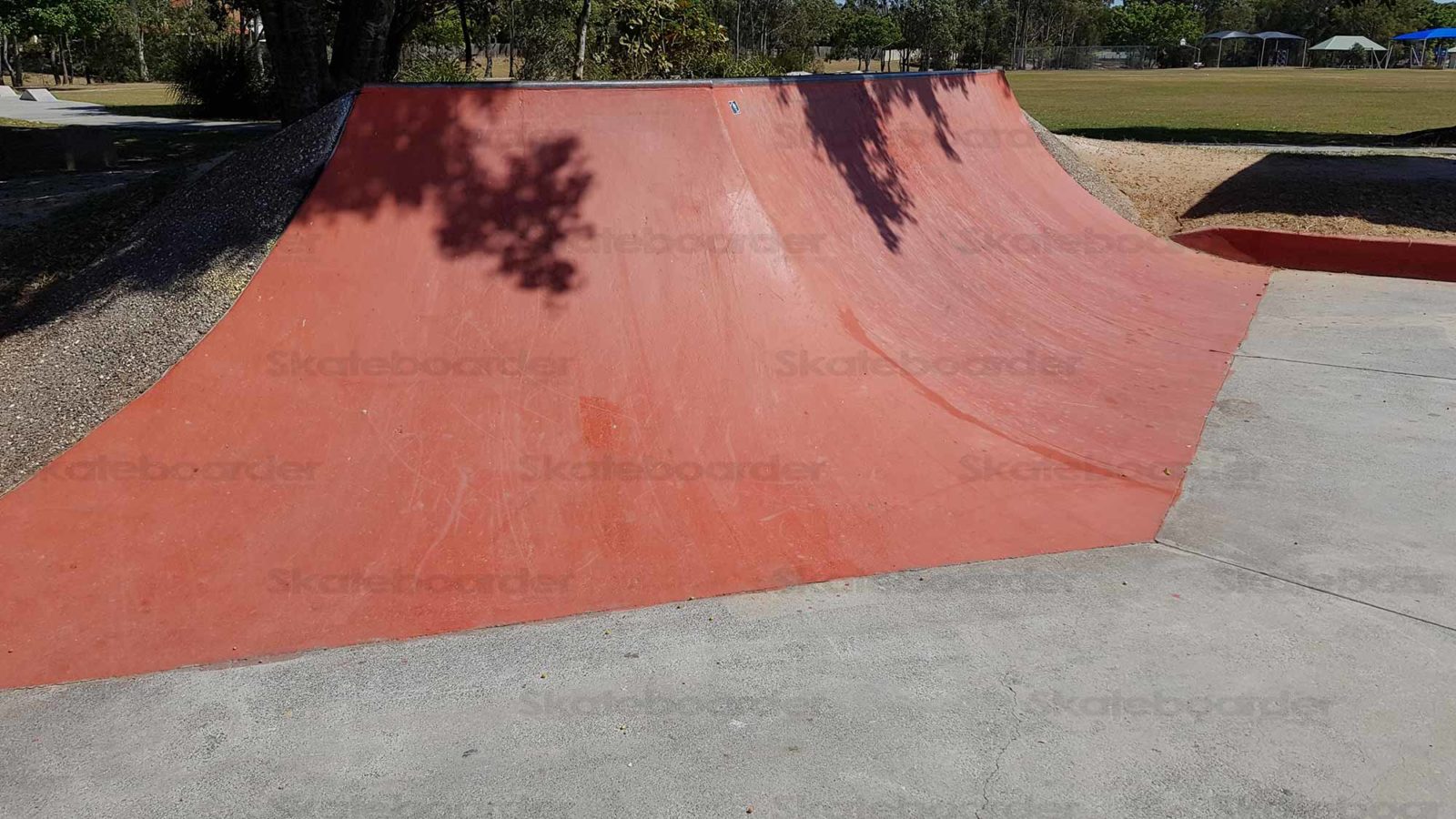 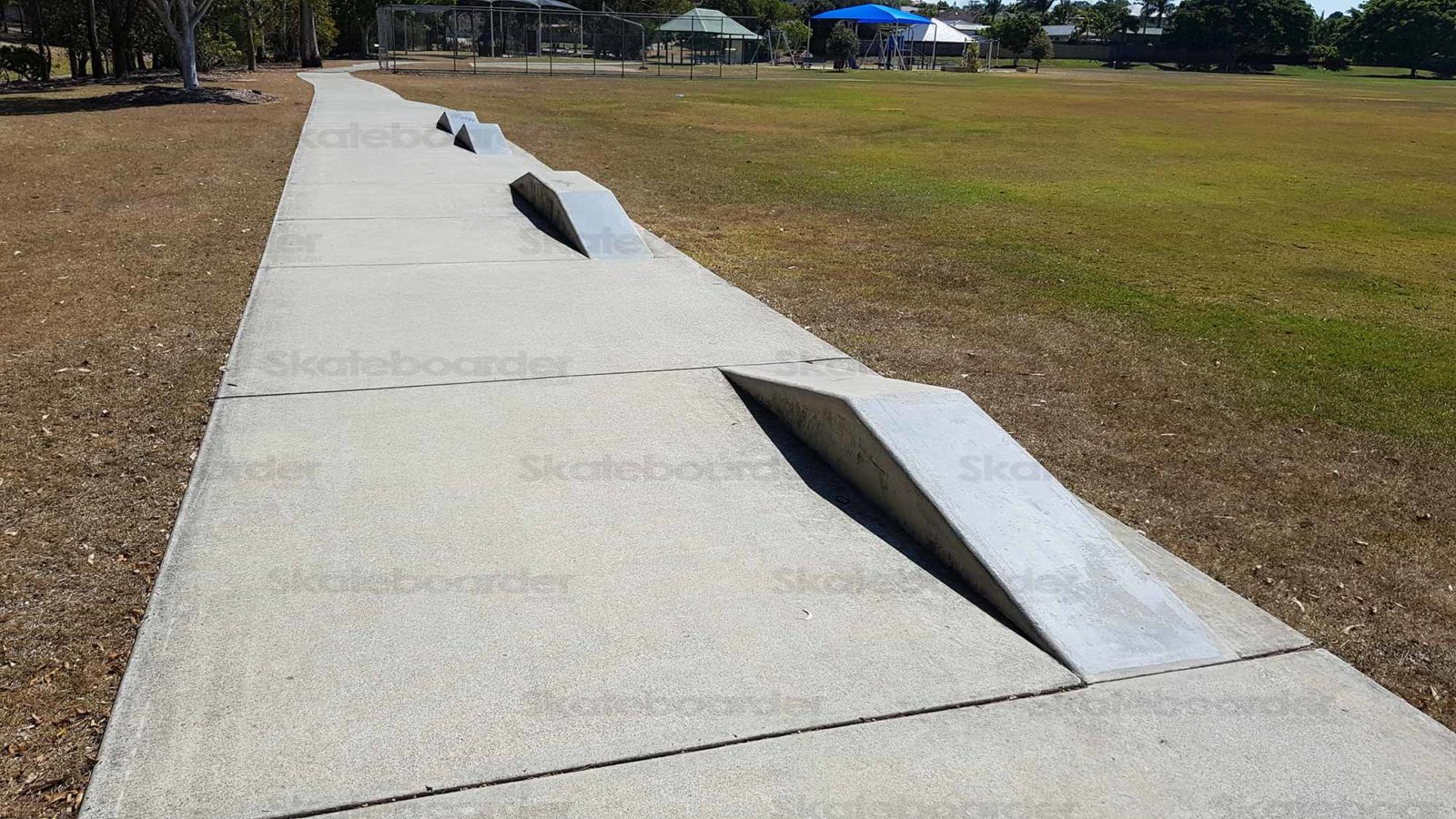 Thornlands Skatepark is a fast and smooth with a lot on offer. Different sections, lines, and obstacles. It’s setup is that of a modern street style park with a small rounded bowl.

The bowl is three sided with a hip and tops out at 3ft. It has metal coping all round. Up top on one side there’s 2ft and 3ft quarters for gathering speed. Beneath the quarter pipes are multiple hubbas of different heights and a flat down rail. Across the flat from the base is a 5ft quarter pipe with hip. A small 2ft flat bank with coping sits on another side of the flatland. Starting from the other side there’s a 2ft quarter pipe. In front you’ll find a sloped ledge and manual pad on either side. There’s enough flat to play with the quarter pipe but it’s positioned for speed. Further down again there’s another two hubbas and a euro gap. It’s a setup that allows for different groups to use different sections of the park.

In addition to the Skatepark there’s also a pathway circling a large open field. On the side of the path are various obstacles including wedge ramps and fun boxes. The pathway itself has your standard split sections so it’s not a smooth ride.

There is a seat and shelter to take refuge in during summer and a large tree hangs over the newer upgraded section. The tree also drops it’s litter onto the flat so a broom can come in handy here. You’ll also find toilets on the other side of the field and water.

Getting to Thornlands Skatepark

The skatepark is just off the main road between Redland Bay and Cleveland. It’s on the left if you’re heading northbound through Thornlands. You can park your car on the grassy area between the park and the road. If you’re travelling by bus there’s stops within a few hundred metres in either direction.

From what I’ve seen this place would bring in the crowds, especially after school and on weekends. The newer Mount Cotton Skate Park may help ease the numbers.