Getting back into Skateboarding

Getting back into Skateboarding

I used to skate hard and heavy in the late 80’s and early 90’s. Every spare minute of every day. Dutton Park, Jindalee, Strathpine, everywhere from the border to the Sunshine Coast. I had my own halfpipe and skateboarding was life.

Unfortunately my parents had no plans of supporting me whilst I supported my skating addicition, so “adult” life kicked in.

Long hours of work, kids, you get the picture. Skating was slowly shuffled down the to do list. A few heavy sessions at Priestdale and other random spots kept me sane, but it was far and few between.

But the bug never really goes away. There’s something about skateboarding, about the culture. It’s you, a board, and a ramp or some other element that’s often solid concrete. It’s vastly different to many “sports” where it’s all about winning and losing. Skateboarding is about challenging yourself. And if you challenge yourself and land that trick after countless attempts or slams, respect. Skaters will let you know about it. It’s a win win, everyone is stoked.

So if your story is a bit like mine, and you’re looking at getting back into skateboarding after a number of years, here’s a few tips I’ve put together. Some of them aren’t cool, or fun, but that’s the best part of being older. You don’t have to give a shit what others think. Just do it for yourself. 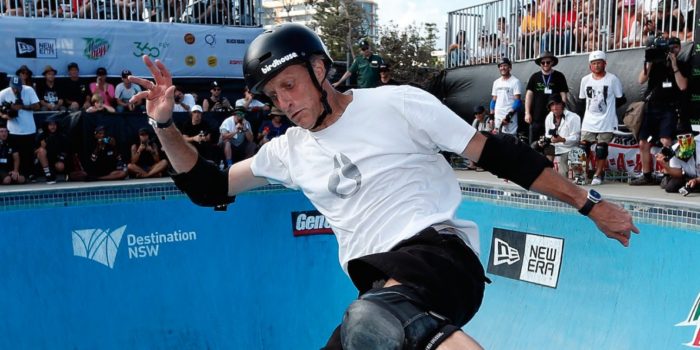 Getting Ready to Skate

First off, there’s nothing to stop you jumping on a board right now and skating. Pushing down the street, doing a few ollies. It’s within everyone’s grasp. But as soon as you start to get the bug back (usually within 30 seconds), everything changes.

As you age, your body may send you signals that you’re not the same fine specimen you were in your glory days. Complete bs of course, clearly age is just a number. But for some reason your joints creak, recovery takes an eternity, your muscles fight you when doing menial tasks. None of this needs to get in the way though. Through skateboarding you can feel like your 20 again. You just need to be smarter in your approach.

From the age of 14 we start to lose flexibility. If you’ve done little to no movement either through sports or work, chances are your muscles have tightened up. I discovered just how much when I tried to do backside airs. Tucking the body up and grabbing the board was far more difficult than it needed to be. Having done Kickboxing and Muay Thai for years when I was younger, I always had decent flexibility. But now, WTF! I didn’t like the feeling, or the restriction. So I changed it. Some simple flexibility exercises for a week and backside airs are back in style for this old dog.

When you’re beginning again, hitting skateparks for the day is epic. So many tricks landed, time flies. It’s fun and you forget about the world. But there are a few downsides.

As the day wears on your muscles tire, you’re zapped of energy and you’re no longer as nimble or alert. This is when big slams happen. Trust me, I’ve used a heavy slam as my penultimate trick on nearly every big skate day to date. I say penultimate, as I’ll always do another safe run if possible so I can go home not feeling like a gumby.

The other downside to a big skate session is the next day, the day after that.. and sometimes even the day after that. I remember some fitness junkie telling me about DOMS (delayed onset muscle soreness). It’s where the real pain kicks in a few days after you’ve done some high level activity. Well with age and a lack of skating, this is almost a guarantee.

On so many levels it’s best to keep your session lengths small to begin with.

Watching guys of all ages shredding without pads, yeah it’s gnarly. It’s also a one way ticket to missing time with your board if you’re just starting out again. Jumping off and bailing is not quite the same as it was in your younger years. You’re likely heavier of foot and not as quick. You’re timing is also likely to be out, so indecisive half yes half no approaches are more common. Trying to run out of a trick on a ramp and slamming instead isn’t fun. Especially when knee pads would have kept you shredding.

What padding you use is a personal choice. But there’s plenty of older guys around going the whole hog, helmet and all.

For me personally, I thought kneepads and wristguards would be enough. With the way I’d started slamming that should have covered it. Then I discovered an all new way of slamming on concrete and came down heavy on my elbow. As I sit here typing this with a lumpy bruised left arm, I’m thinking elbow pads are a good investment. I’m also wondering if its going to take me cracking my skull open to buy a helmet. 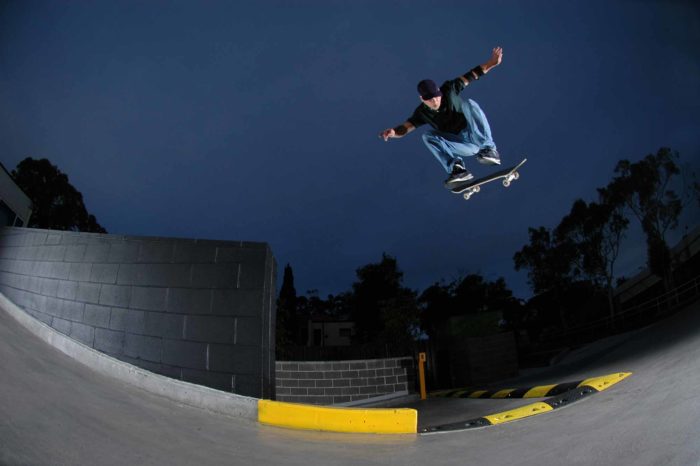 Know your own limits

This is one of the hardest parts when you start skating again. Your head says yes, your body and board say no. So many times I’ve tried tricks without going through the natural order of things. Your head is still thinking you can do every trick as you’ve done them before. You can’t bail as easily as you used to either, so this can be a painful lesson.

Skateboarding is all about pushing your limits, but you do need to know what yours are before you start pushing them. Some tricks you’ll have lost the feel for, others you’ll dial in almost instantly. Start simple, get a feel for what your comfortable with and build from there. This may help you avoid faceplants till the risk really is worth the reward.

A 7’5″ width trick deck is not going to cut it for a 6ft heavy set old school skater that wants to ride ramps. Modern day boards are a lot skinnier than what many of us grew up with. The shape is also different. If you never did tricky flippy Rodney Mullen style manoeuvres, avoid smaller width boards at all cost till your back up to speed.

I had an 8″ trick deck given to me as a gift by my kids, and it never felt right. My feet were always slipping. Yet I could jump on my mates reissued Rob Roskopp with big trucks and big wheels and it just stuck to my feet. I then tried a compromise between old and new at 8’5″. I thought it’d help me add some new school flavour to my skateboarding, but I’m still not completely comfortable. My next skateboard will most definitely be of the old school reissue variety.

The majority of older skaters appear to ride boards 9″ and above. Especially those that enjoy bowls and ramps.

5. Quality time with your Skateboard

To get back up to speed you need to spend time skating. I know this sounds obvious, but it’s not as simple as it sounds. Many skateparks are over run by scooter riders that think snaking and marathon runs are the order of the day. It’s quite a shock to the system if you’re old school. Seeing some twelvie on a scooter have a 3 minute run without ever landing a single trick two footed can be bewildering. When he’s got 12 mates with him and they’re boasting loudly about tricks they can nearly land, it can make you want to……well let’s just say it doesn’t make you happy.

If you like ramps though there is hope. Scooter riders don’t seem to ride ramps anywhere as much as the smaller concrete parks of today. The best example is in Pacific Pines. The skatepark is completely over run on weekends with kids ranging from 3 to 15. You’ll find at least 40 there at all times outside of school hours, with their parents lounging around in deck chairs catching some rays. And if you by chance cut into little Timmys 8 minute marathon run, the parents come running. Yet less than 2 minutes down the road is the Oxenford Spine Ramp. 5ft high, 5ft spine, 6ft on the other, not a scooter in sight. Not anyone for that matter. Sure it’s not wide and maybe a tad bigger than you’d like for relearning tricks. But you can skate here at most times without interruption.

So my advice is find your own Oxenford, and spend some quality alone time with your skateboard.

You are not alone. Believe it or not there are literally hundreds of older guys in their forties still shredding it up. Reading all the threads, seeing all the photos and videos, it just makes you want to get out and skate. You can also tap back into your past and see photos and videos of your old spots. You’ll even see gullwings and cockroaches, what a spin. We are both members of and recommend Ol Man Skateboard Riders, especially if you’re in the SEQ region. 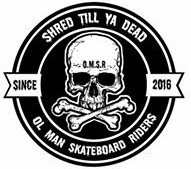 There is nothing to stop you from getting back into skateboarding. Age really isn’t a barrier. Yes you may not have the rebound rate of your youth, your tricks may be smaller, but it’s still heaps of fun. It’s also relatively low cost, keeps you fit and healthy without the need for lycra, and it gets you outdoors. And if you’ve got kids you can pass on your radness to them. If you’re reading this you probably don’t need convincing, so what the hell are you waiting for?