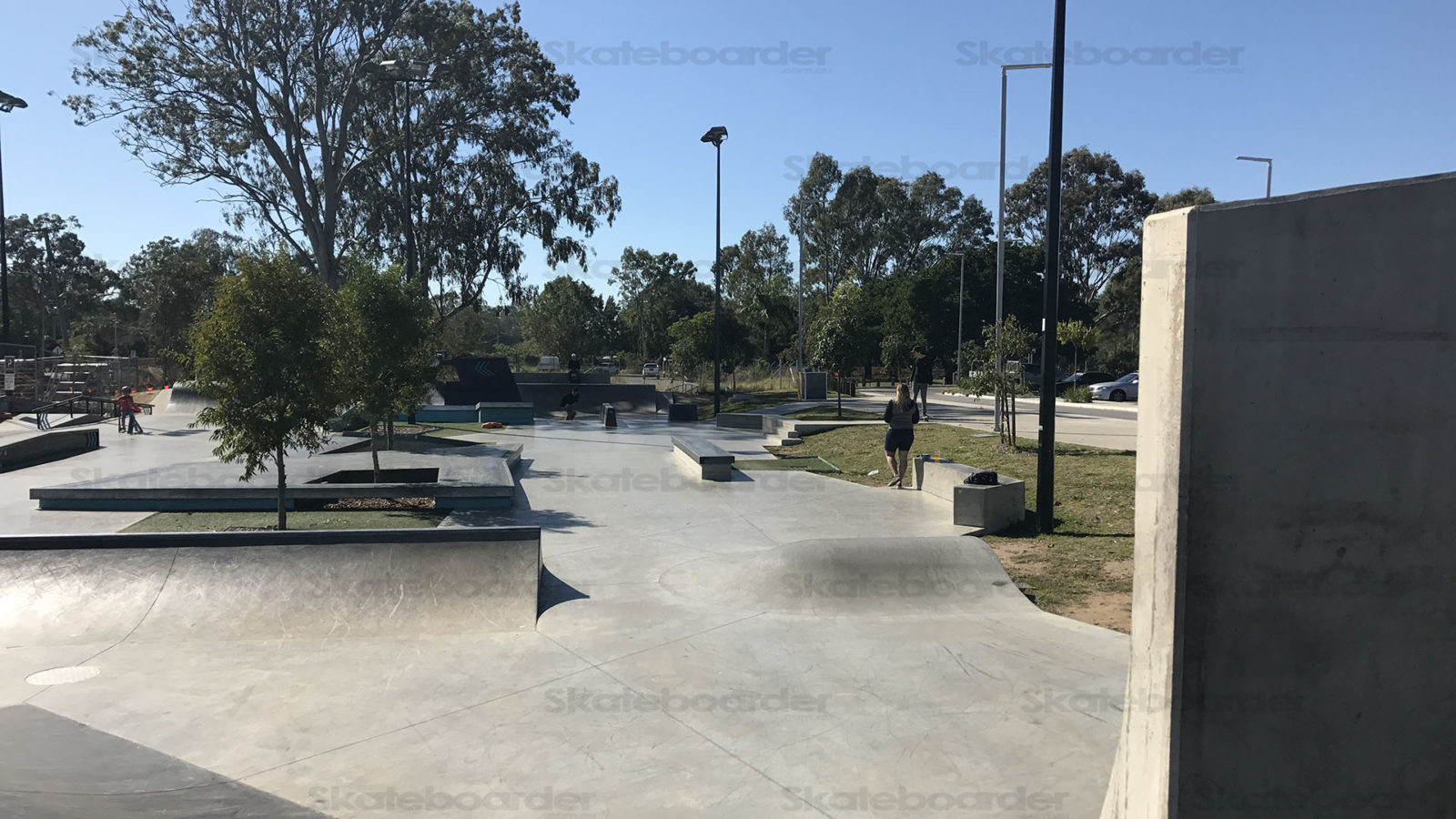 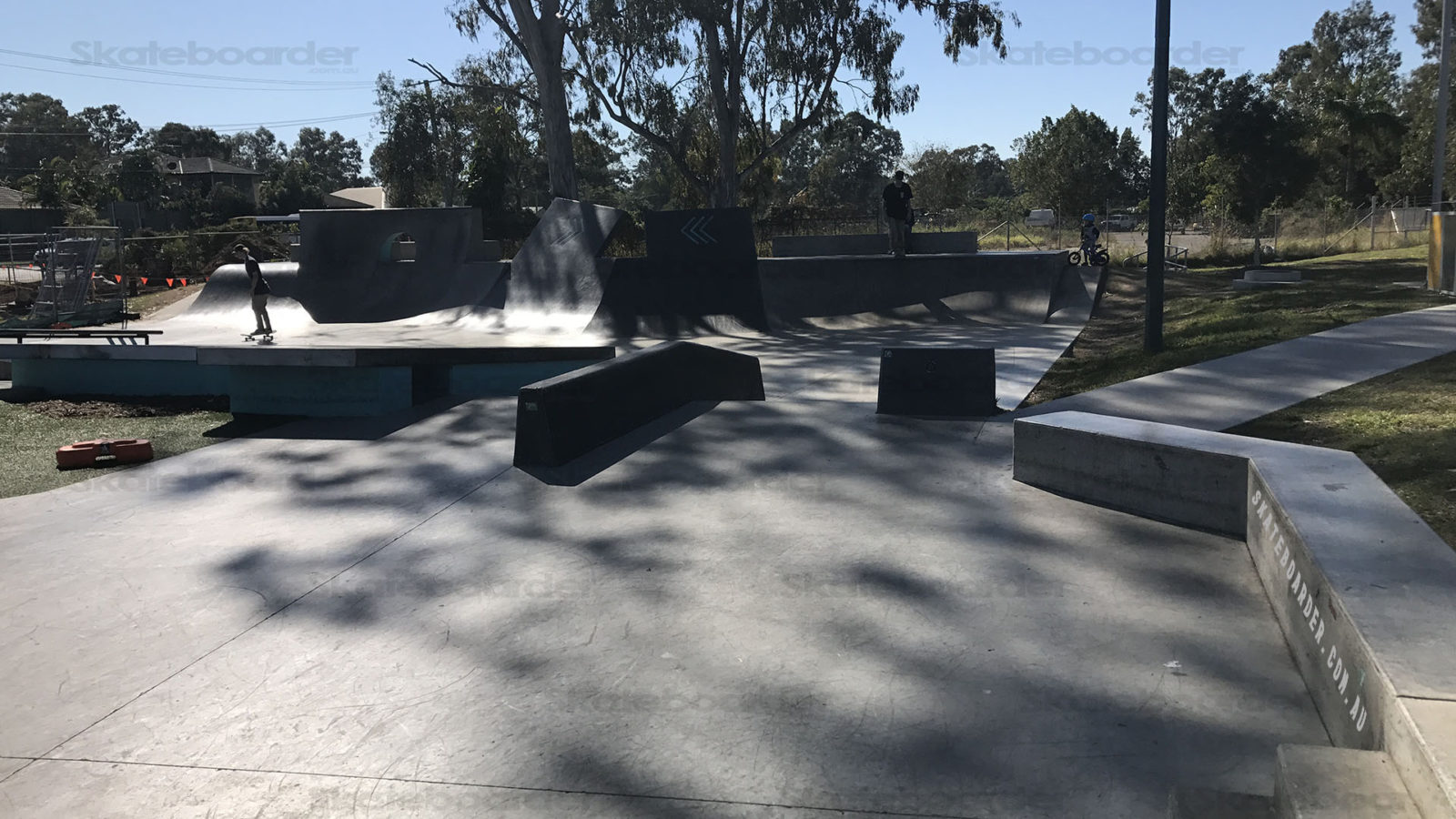 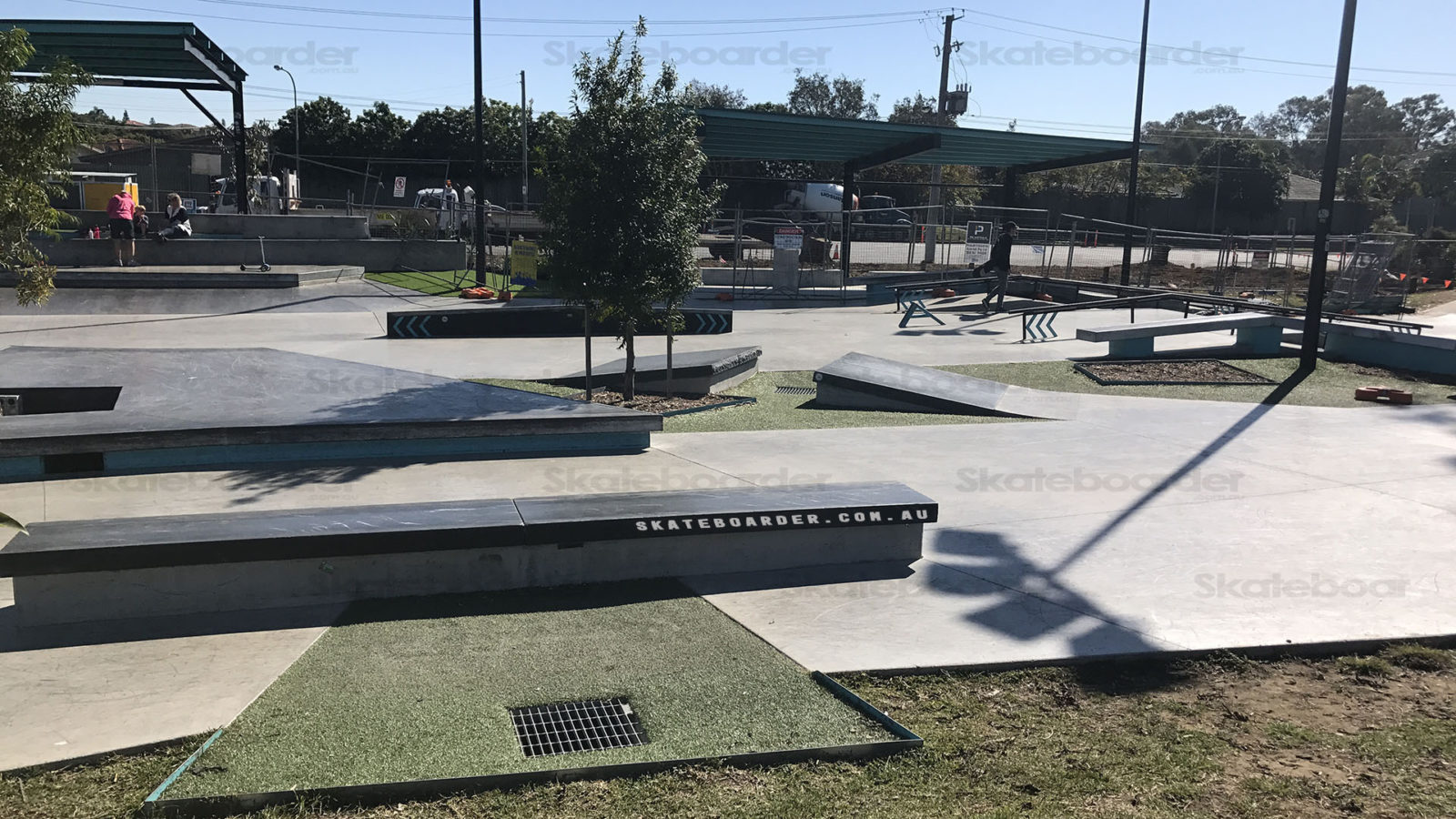 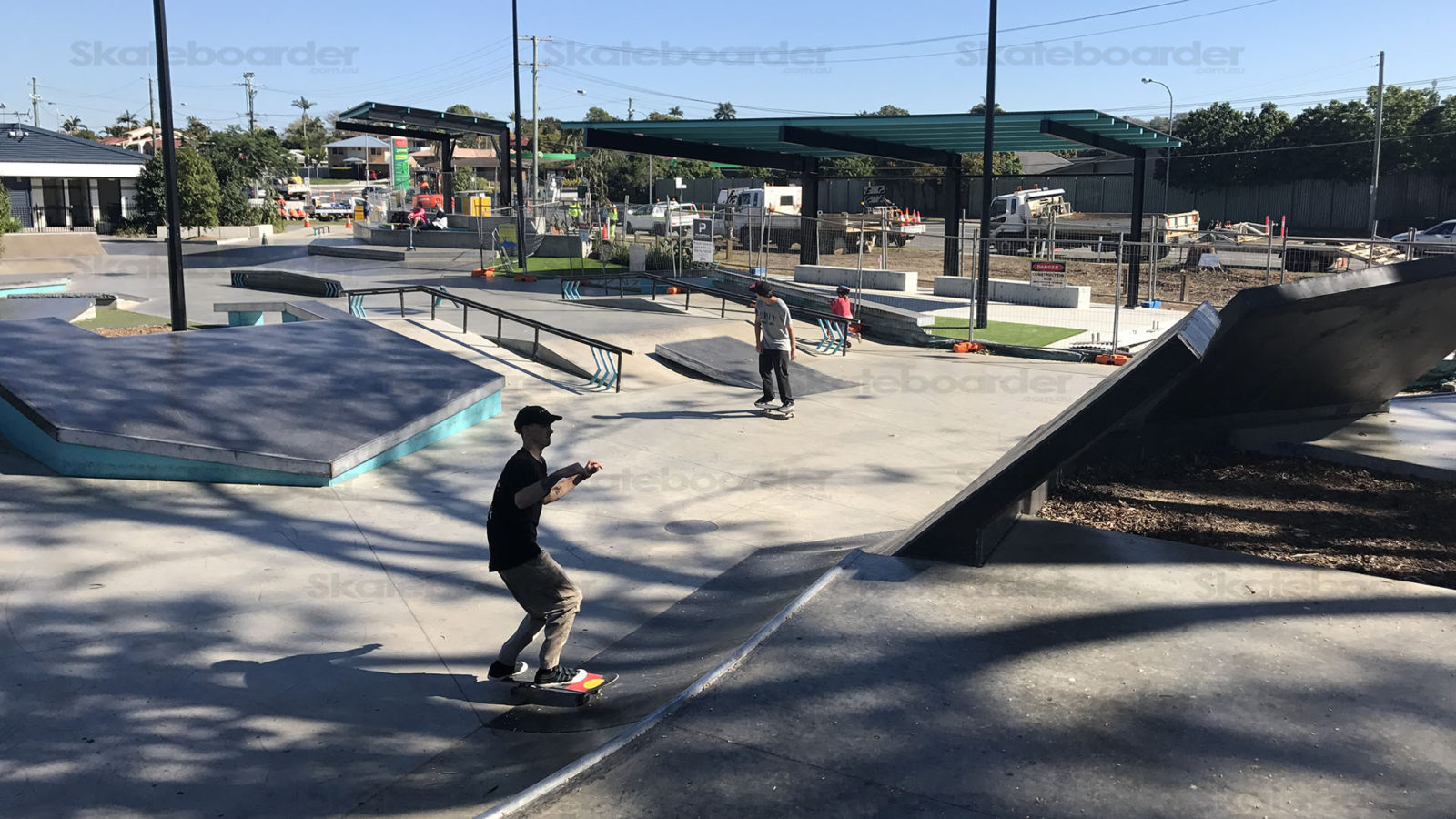 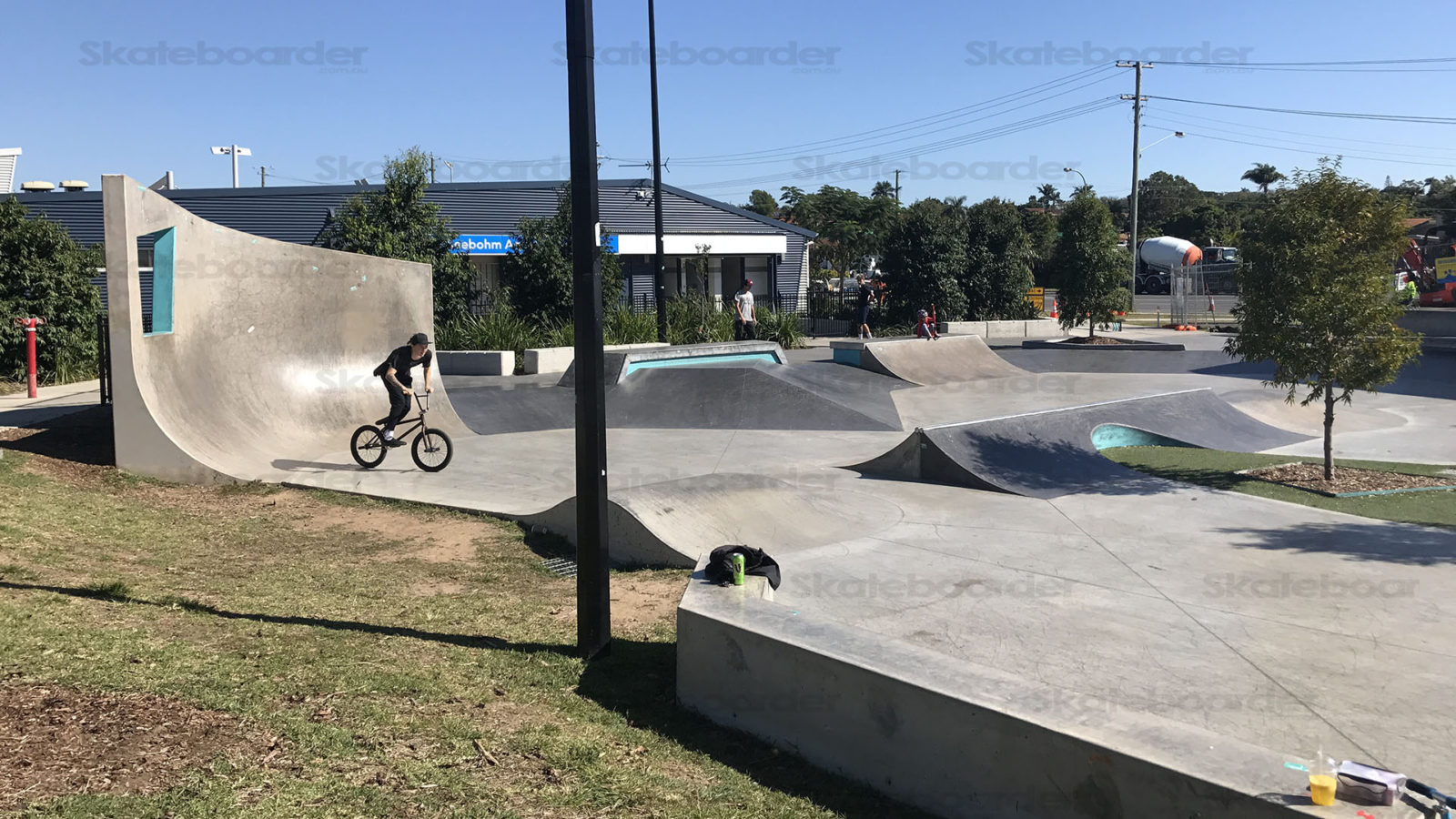 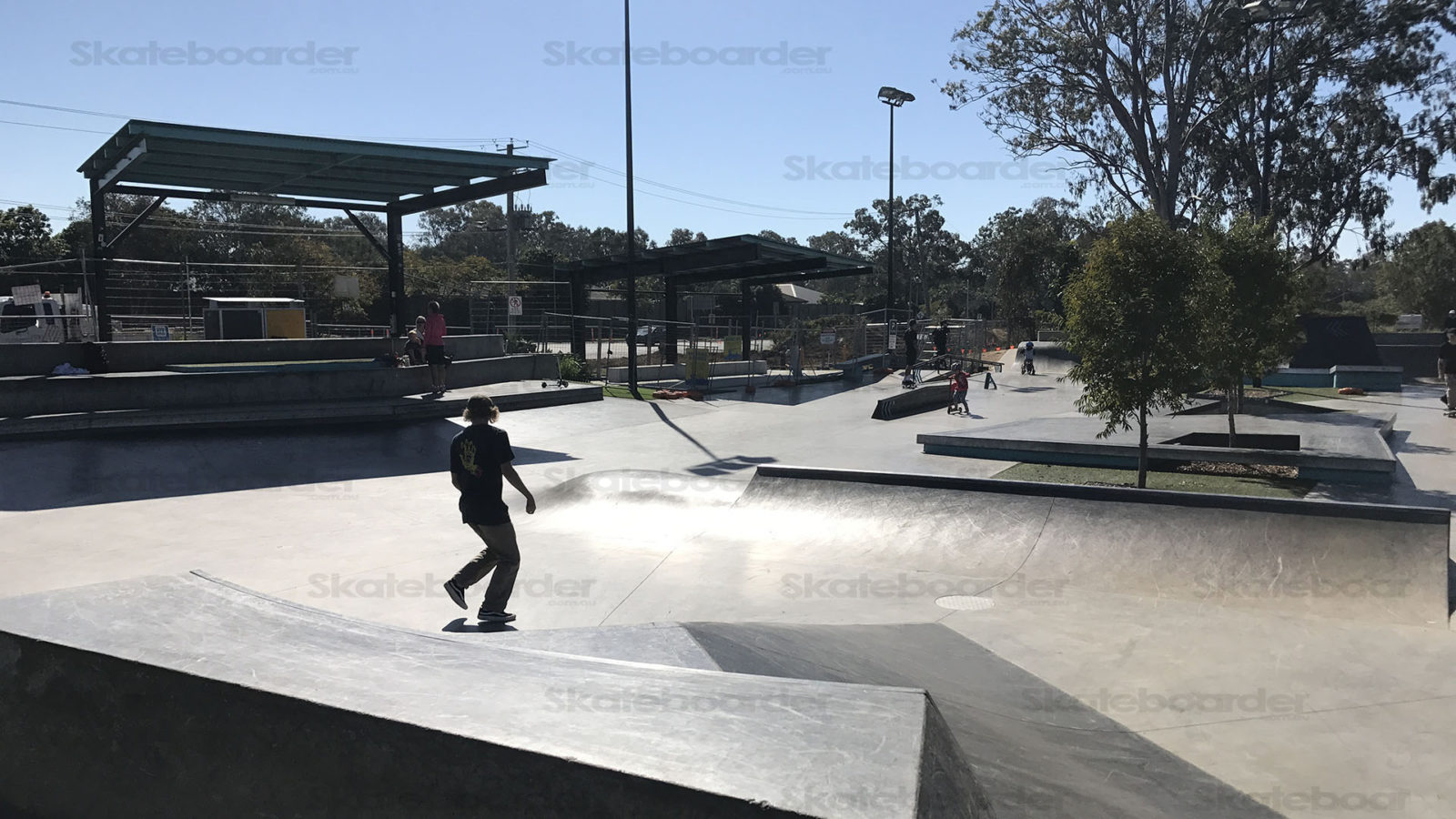 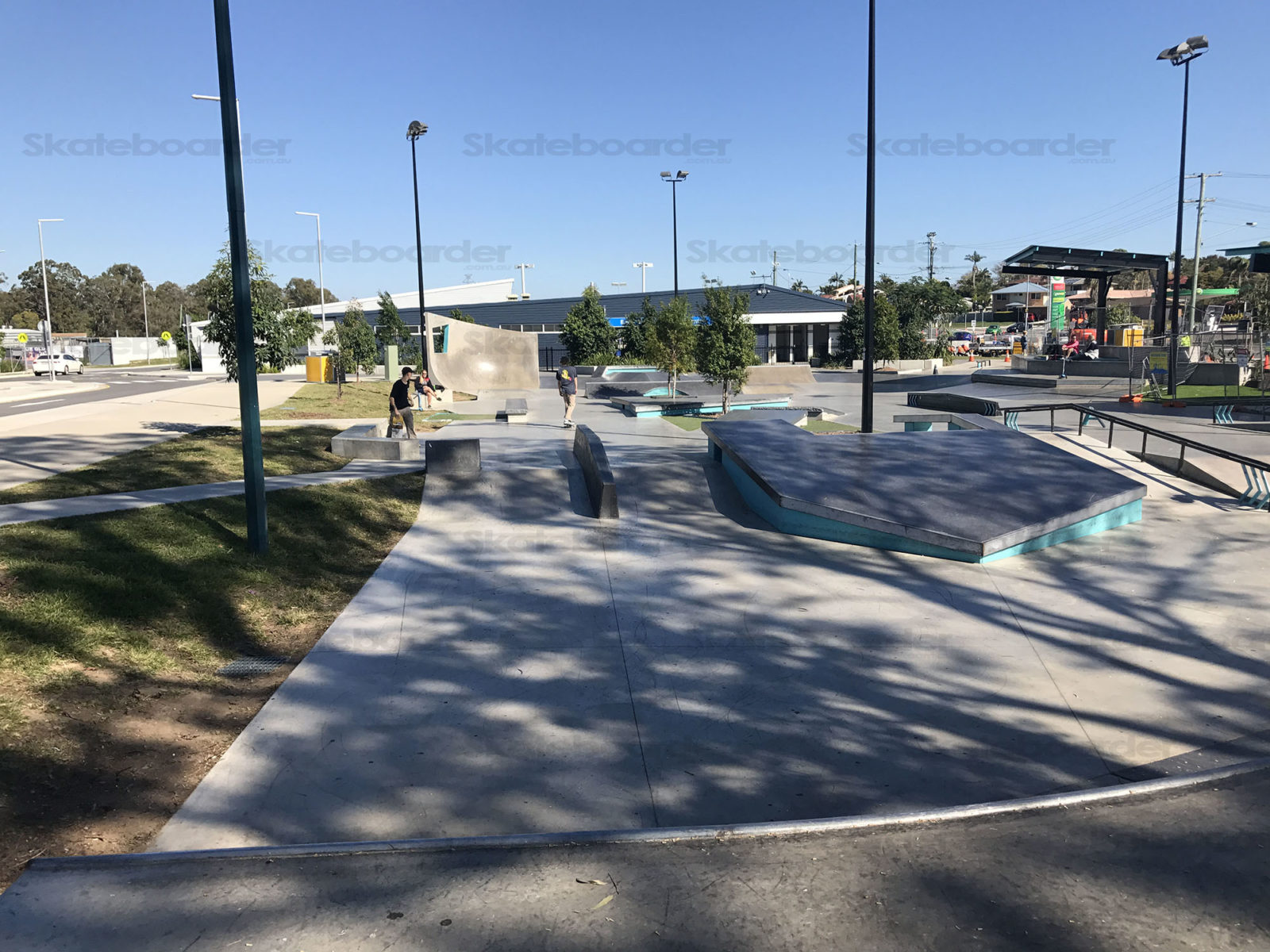 This Bracken Ridge Skatepark is relatively new in Brisbane. According to Brisbane City Council, consultation for the park’s design was still underway in late 2015. So it may have only been around since 2016. Its pretty popular, there were more than a few skaters there recently on a week morning for example. It’s also called Bracken Ridge Skate Plaza. It is a large rectangular park spans about 1,000 square metres and is close to 100 metres end to end. Another Convic designed park with its slick concrete making it fast.

The skate park starts one end with a vert wall that is very tall looks over 14 foot high. Its a normal transition that goes to about 6-7 foot of vert. Looks popular for BMXers. Alongside is a banked hip and quarter pipe leading out into the centre. There’s a rollover, other rails, a kicker, a spine, fun boxes and other ledges in the centre section. These are great to ride but as always watch out for the little scooter kids spoiling your run sometimes as they do. Towards the far end there’s quarter pipes and roll in to work with so your line could also start at this end. The skate park has at least four floodlights surrounding it, assuming its well lit. Have to get back there and take some pics one night soon.

How to Get to Bracken Ridge Skatepark

The park is at 523 Telegraph Rd, Bracken Ridge about 20kms north of the city. It is about a 2.5km walk from Deagon Train Station. Transport by bus is a good option if you’re coming from the Toombul interchange at Nundah. Should be plenty of buses heading out north to this suburb check the timetables.