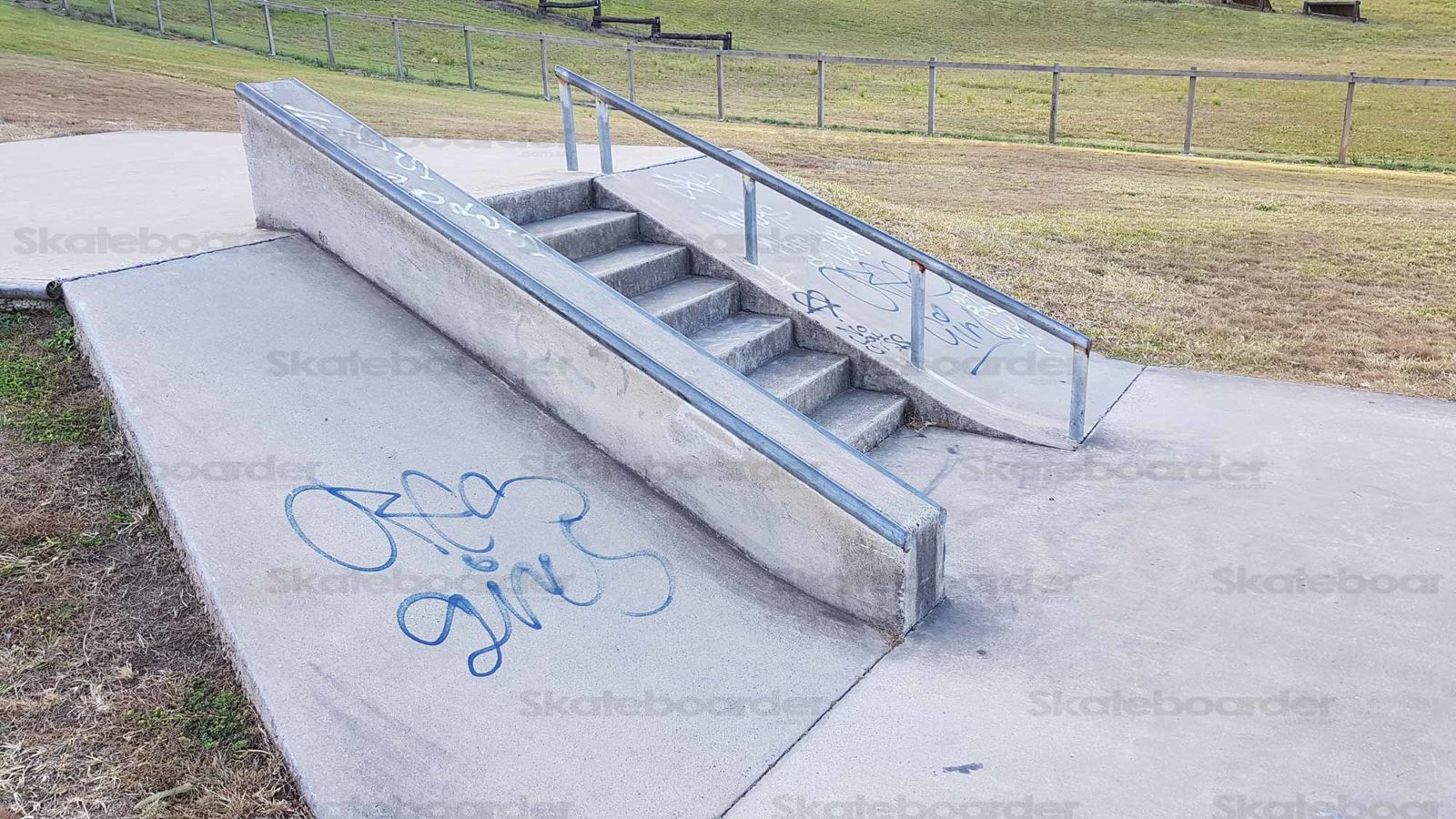 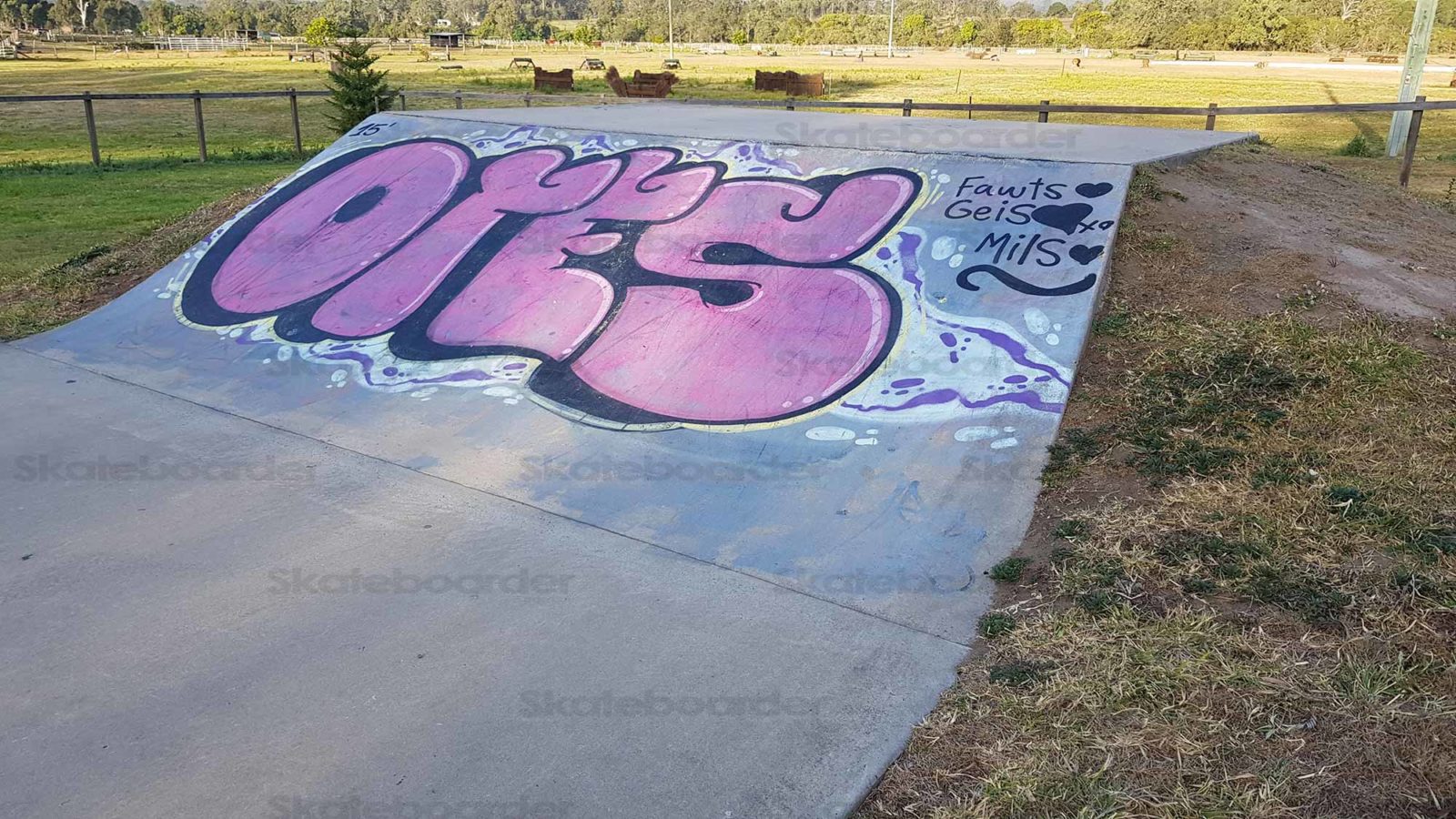 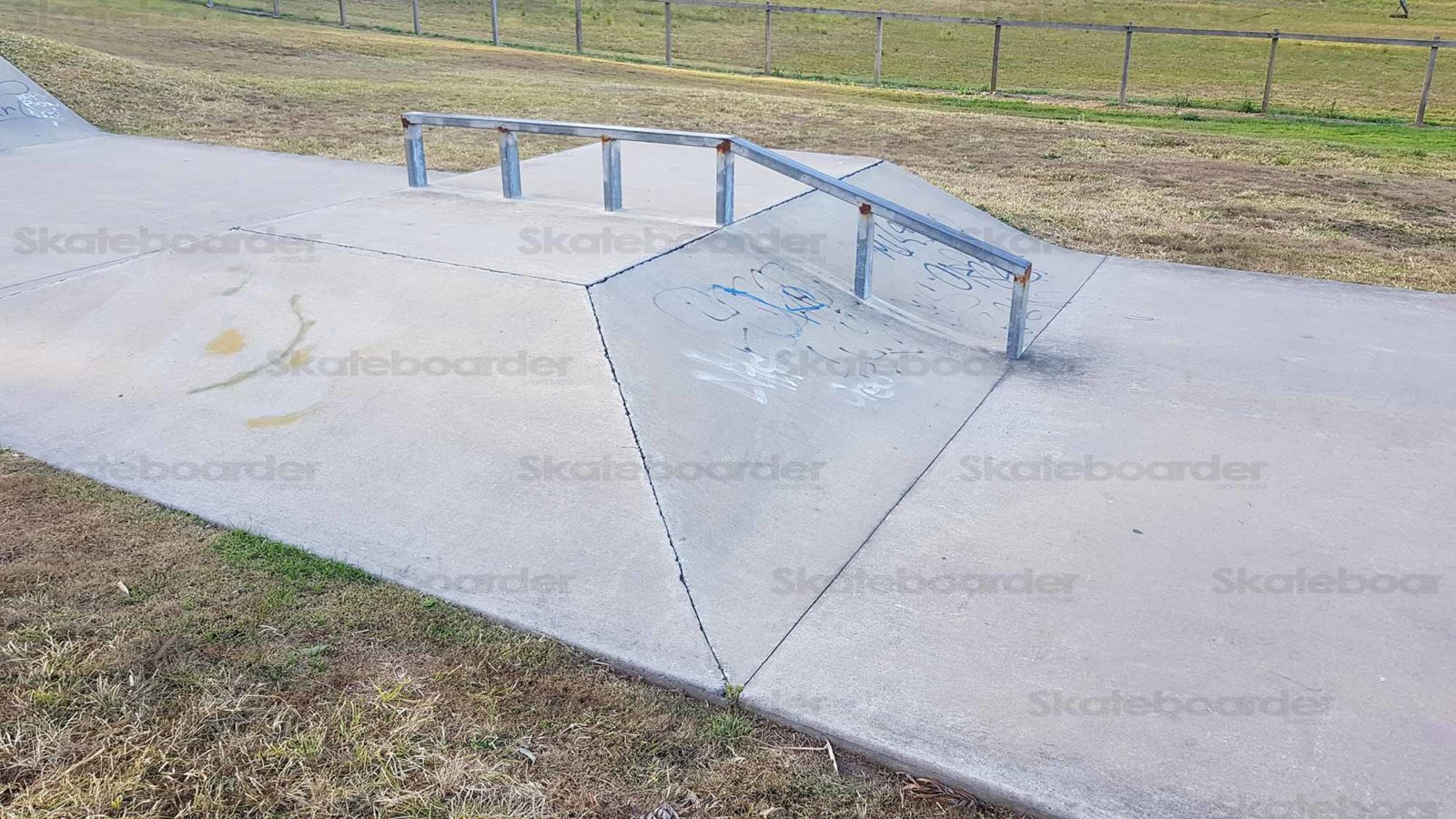 This is a small street style skatepark with just a few elements. There’s a 4ft flat bank that heads down to a pyramid with a flat down rail. On the other side there’s a 7 stair with handrail, hubba and banks. Thankfully they’ve added a good bit of flat on the top platform at Tamborine Village Skatepark. This allows you to gather speed as you approach the stairs. Unfortunately they didn’t add any on the side of the pyramid. So if you hit the hips you’ll be skating dirt and grass straight after landing.

Built in 2013, Tamborine Village Skate Park sits down a hill away from the road. It has its own seats and shelter. The wider park also has toilets, bins, netball courts and an equestrian centre.

Locals often have this park all to themselves as it is not well known outside the area.

Getting to Tamborine Village Skatepark

The skatepark is near the cross roads of Beaudesert Beenleigh Rd and Waterford Tamborine Rd. If you’ve ever visited the area, you may be familiar with the Bearded Dragon Hotel and it’s giant windmill. It’s a pretty recognisable landmark as it’s been there for many years. The skate park sits in Middle Park behind the Hotel. The entry is just north on Beaudesert Beenleigh Rd. A large unmarked car park offers plenty of space so parking isn’t a problem. Walking north down the hill you’ll see the skatepark and its adjacent shelter. Catching public transport out here is not an option.

If you’re looking for transitions in the area we suggest you head north to Logan Village Skatepark. It has a micro bowl, quarters, large bowl and halfpipe, as well as many other obstacles to shred. There’s also the recently upgraded Jimboomba Skatepark to the west which has a little bit of everything.