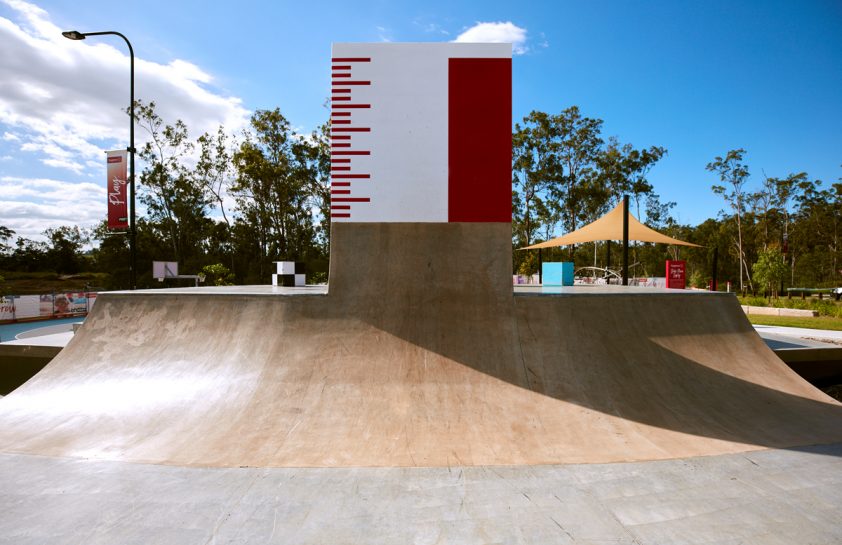 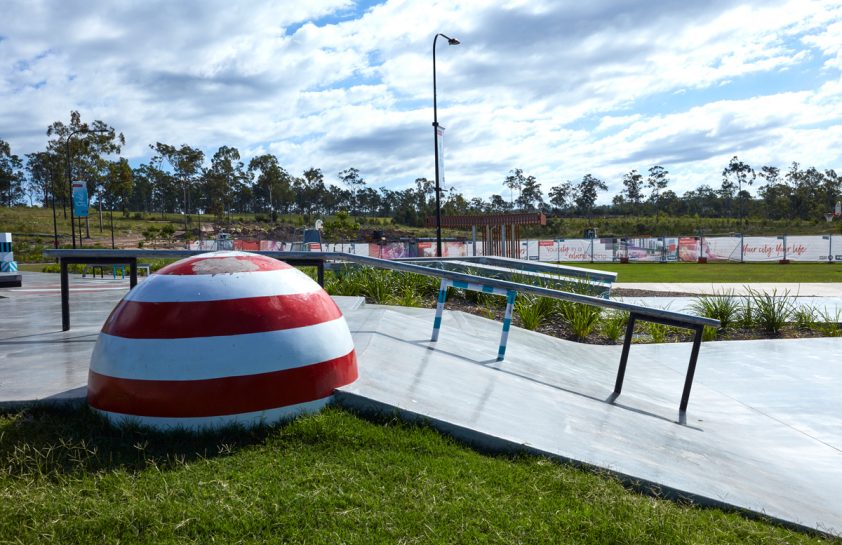 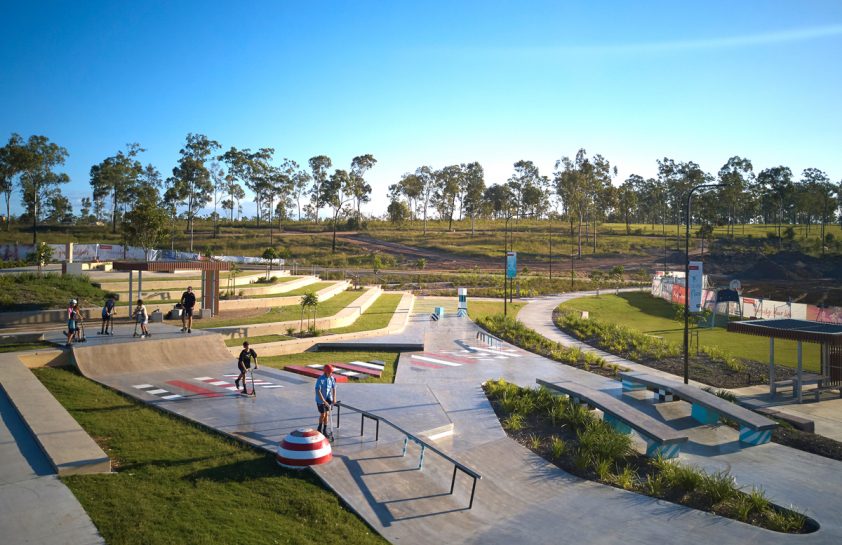 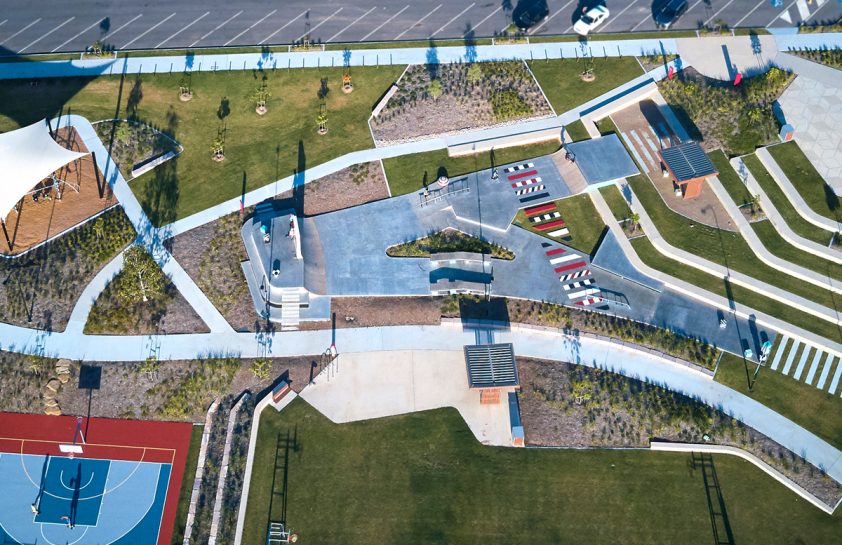 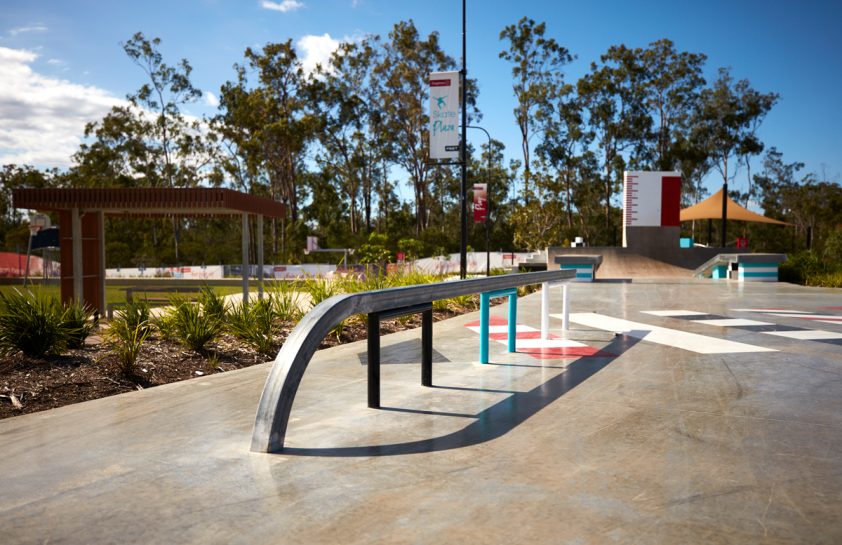 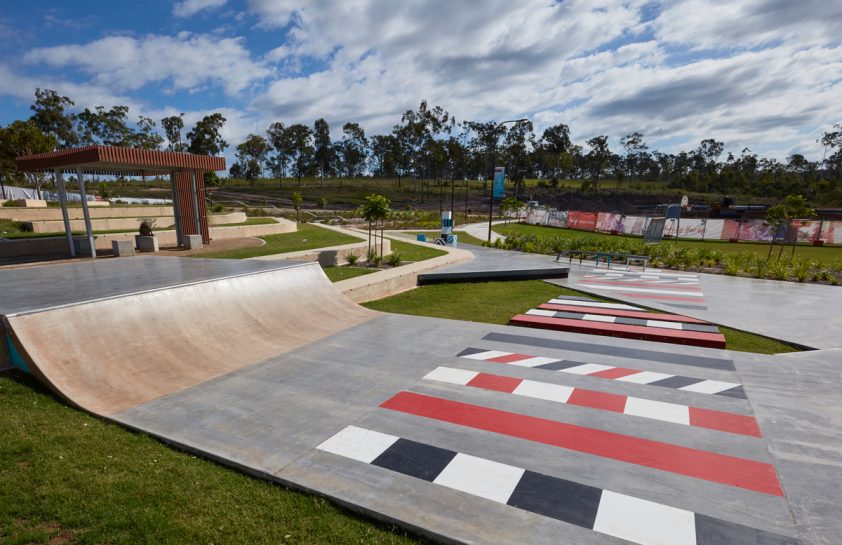 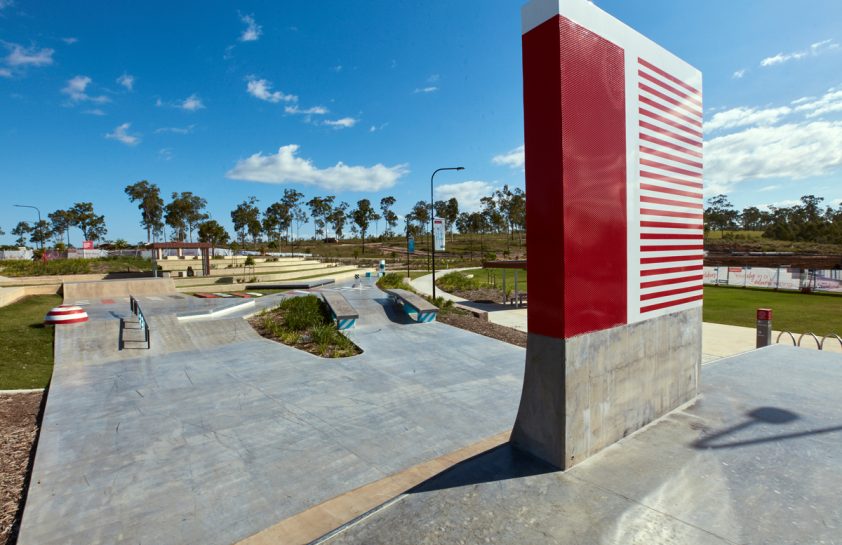 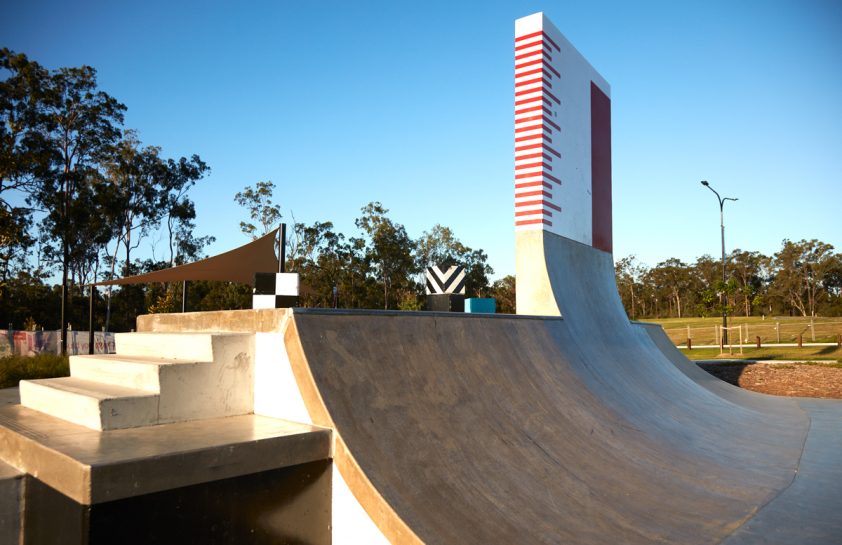 The Flagstone Skatepark was completed in late 2017. It is predominantly a street style park with a few transitions thrown in. It is the first skatepark to arrive in the area, and part of a much larger recreation reserve.

The skatepark splits into two branches with transitions either end on two sides. In the middle you have a curved quarterpipe with a vertical wall centre. Just to make things more interesting it has foot markers so you can gauge how high you launch. One branch starts off with a wide quarterpipe and runs down towards the vertical wall. Along the way there is a long kinked rail heading down a bank and a small ledge. Along the other branch there is a flat rail and two hubbas each side of a bank. There’s also a few ledges around the park.

The skatepark has plenty around it including tiered ledges, playground, basketball court and more. A dog park and water play park are just up the road.

How to get to Flagstone Skatepark

The Flagstone community sits to the north west of Jimboomba and south west of South Maclean. Best way to get here if you’re not a local is by car. Just head down Beaudesert Rd (Moutn Lindesay Hwy) and take the Cusack Lane turnoff. There’s a car park just off Flagstonian Drive with plenty of space. The skatepark is right next to the car park.